Plus Spender SMBs showed a wide diversity in media usage in BIA/Kelsey’s most recent Local Commerce Monitor™ (LCM) survey, Wave 17. Plus Spender SMBs consist of SMBs that spend an average of over $75,000 annually on media advertising and promotion. This is in sharp contrast to the Core sample, for which the average annual media spend is under $3,000. 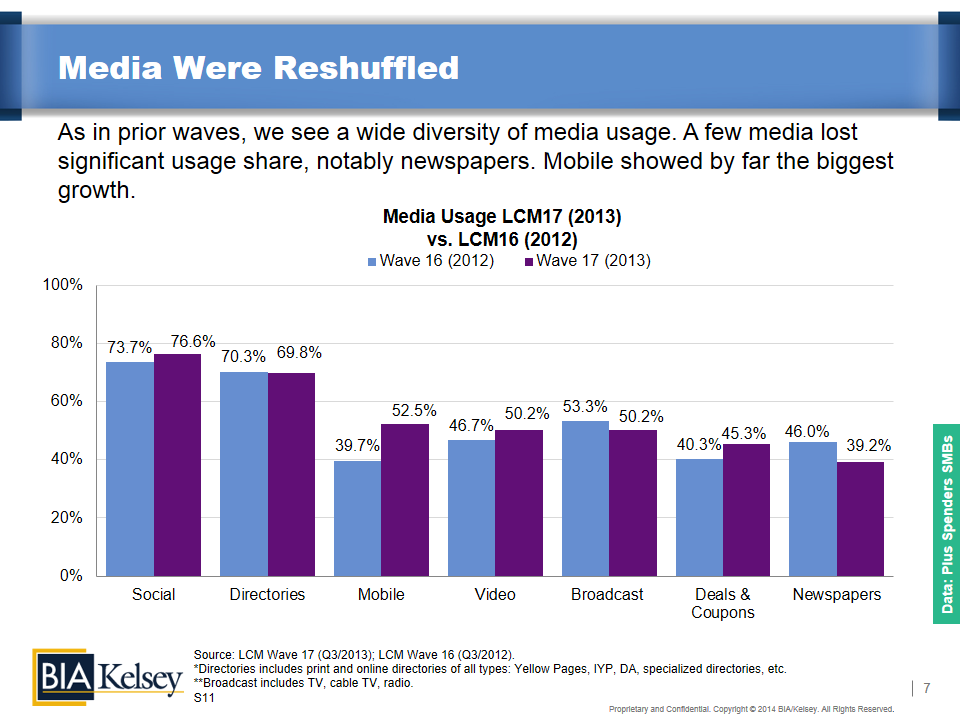 Three of Plus Spender SMBs highest advertising and marketing priorities for the next 12 months are analytics, mobile and social.

— 62% of Plus Spender SMBs ranked Analytics as a very high or extremely high priority.

Core SMBs do not place as much urgency and emphasis on these marketing priorities as Plus Spenders.

Unlike Core SMBs, which tend to rely on their own data, Plus Spender SMBs want empirical information on media performance, analytics, customer comments in social media, etc.

Plus Spender SMBs already have an established digital presence on social, search and mobile — the opportunity lies in managing their engagement with customers through their digital properties.

We’ll be hosting a webinar and diving into the details about Plus Spender SMBs in the next few weeks.