Television dominated the Government/Political/Religion (“GPR”) vertical in 2012, according to BIA/Kelsey’s Media Ad View Plus. In 2012, television’s $3.1 billion of advertising from GPR represented nearly 3/4 of total advertising for this vertical. 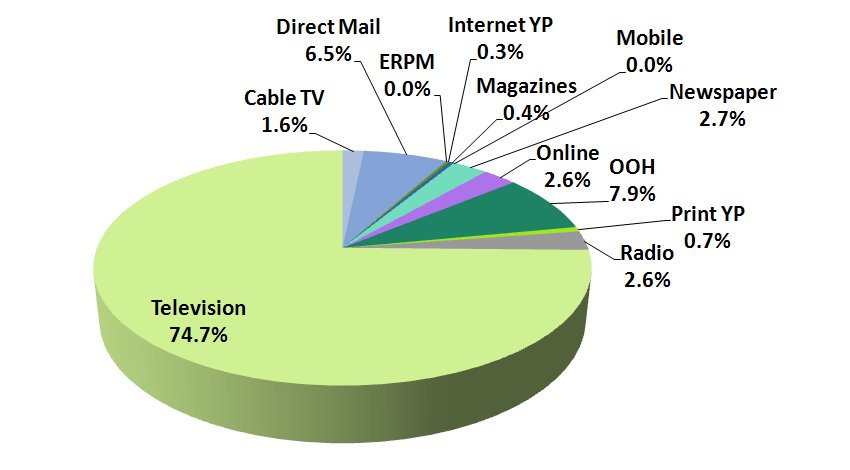 The $3.1 billion of GPR advertising represented 15% of the television media’s total ad spend in 2012, with the vast majority of it coming in the Fall (September to November), based on information from the Television Bureau of Advertising (TVB). TVB has studied the spending patterns in the political category for the past several election cycles. The vast majority of political spending occurs in the Fall (September to November), with the exception of primaries, which provide some advertising revenue from January to September, at least in markets within battleground states. “Clearly local TV’s role as the campaign media workhorse has not changed” states the TVB about the 2012 election season.

The bounty that can be GPR revenue during the even years is not equal across the 210 Nielsen television markets. Markets located in battleground states will see greater GPR advertising spend than markets in states that are heavily red or blue. States such as Ohio, Virginia and Florida have become predictable battlegrounds states. These so called “purple” states see boosts during even years, with the Presidential, Senate and House races.