Transparency, education, and data: Those are the three keys to selling local advertising and reducing churn, according to ReachLocal CEO Sharon Rowlands during her SMB Digital Marketing Keynote.

Reducing churn in turn is an underrated way to grow revenue, as opposed to the more trodden path of chasing new business. There’s nothing wrong with the latter, but it can receive a level of focus that is disproportionate with it’s importance…especially if it takes focus away from retention.

“If you can move the attrition rate by just one percent, it can have a high impact for business,” she said, adding that average churn rates in local media are 50 percent to 90 percent. “That is absolutely mind boggling.”

The first step in fixing this is to identify the problem:

— Bad sales experiences: Setting up the wrong customer expectations and bad alignment between sales and fulfillment.

Her advice to work against these factors:

— Educate the client base: Teach a man to fish, but you can’t put a tool into an SMB’s hand once. It needs repetition and training to embed into their daily work flow. “In advertising, this training isn’t our core competency, but it can be vital,” said Rowlands.

— Data science to drive transparency: Data about what is working for a given advertiser in order to empower local sales reps about what will drive (and of course, retain) business.

— Transparency in a common language: Translate the data outputs from the previous point, but it should be standardized ways of talking about a value proposition that is plain language that SMBs understand

“When we can’t communicate real ROI, we use things like clicks, contacts and leads,” said Rowlands. “Many small businesses don’t understand that. It’s an opportunity for us and an industry to step up.” 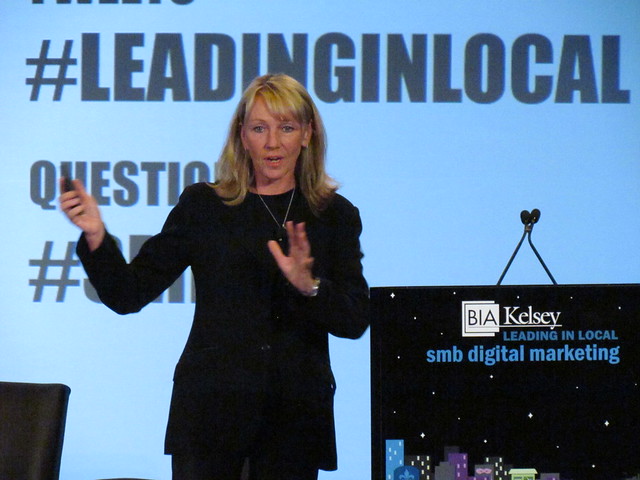