Yellowbook has released the latest television spot in its new series of ads featuring “futuristic” local search scenarios. These have started rolling out since the company’s new logo and general re-branding effort.

The latest ad has an additional online twist: Those who watch it on Yellowbook’s site get a “choose your own adventure”-type feature that lets them pick the outcome of a local search dilemma. The focus on online searches shows Yellowbook’s interest in appealing to Internet users as a local search destination to compete with Google and others.

Yellowbook has been thinking progressively on lots of fronts, most recently shown by its partnership with YouTube last week to distribute SMB video. These moves have mostly happened under the tenure of Chief New Media Officer Pat Marshall, who was appointed in July.

Others have included launching SMB video, online partnerships, mobile search applications, and the aforementioned re-branding effort. Meanwhile, it’s had some good traffic surges to show for it. 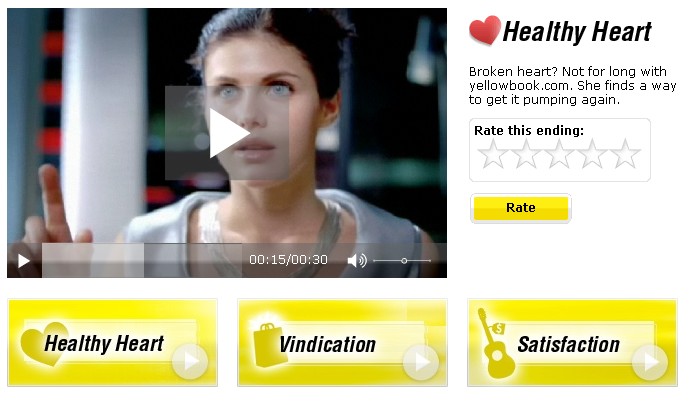