TheFind officially launched its iPhone application today, called “Where to Shop.” I thought it had already been announced because it’s been out for a few weeks. We were briefed on the product a few months ago, then it came out a few weeks ago — but now it’s apparently official.

In any case, it’s a powerful application. See our review and screenshots at the link above, and come see TheFind CEO Siva Kumar demonstrate it during an iPhone local search demo session at ILM:08. Hope to see you there. 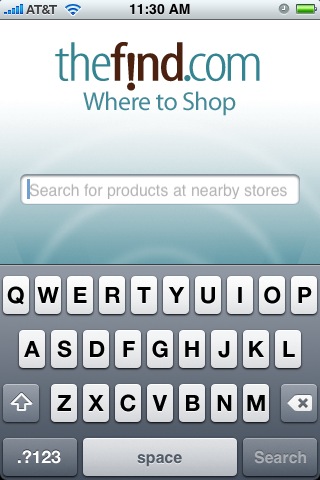 Update: Siva Kumar has informed me that today’s announcement was timed with a software update for the application, rather than its official launch.