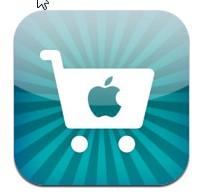 Is Apple getting into the mobile payments space? I don’t mean for digital goods, such as songs and other virtual goods, which it already sells on mobile devices through iTunes, but rather for physical goods in the offline world. CEO Tim Cook alluded to the idea during Apple’s first quarter Fiscal Year 2014 earnings call on January 27. Although he declined to speak about Apple’s plans in the space he did have the following to say:

“We’re seeing that people love being able to buy content, whether it’s music or movies or books, from their iPhone, using Touch ID. It’s incredibly simple and easy and elegant, and it’s clear that there’s a lot of opportunity there. The mobile payments area in general is one that we’ve been intrigued with, and that was one of the thoughts behind Touch ID. But we’re not limiting ourselves just to that. So I don’t have anything specific to announce today, but you can tell by looking at the demographics of our customers and the amount of commerce that goes through iOS devices versus the competition that it’s a big opportunity on the platform.”

BIA/Kelsey’s Mike Boland predicted back in late 2011 and again last January that Apple would join the mobile commerce universe by turning mobile devices into portable POS (point of sale) systems… similar to what it did with its Apple Store app, which enables consumers to use their devices to scan a barcode in an item in the Apple Store and pay for it via their iTunes account.

The analysts at BIA/Kelsey have written several posts about the use of mobile card readers in general and about Square in particular. But, the mobile payment space that Apple is contemplating entering, according to Boland, is not the same space occupied by companies like Square and Stripe, with their mobile credit card readers. A better comparison would be to companies with digital wallets, such as Google and Paypal.

But will consumers welcome Apple’s entry to mobile payments? In 2013, BIA/Kelsey surveyed consumers about many of the same topics, including mobile payments and online wallets, in the Consumer Commerce Monitor™ (CCM) survey. Although we didn’t ask about Apple, digital wallets in general were met with a healthy dose of skepticism by the full sample of consumers. Of the 2,000 consumers surveyed, 8% already had a digital wallet and another 8% were interested in getting one. But more than half of those surveyed, 54%, were either not very interested or absolutely did not want one. 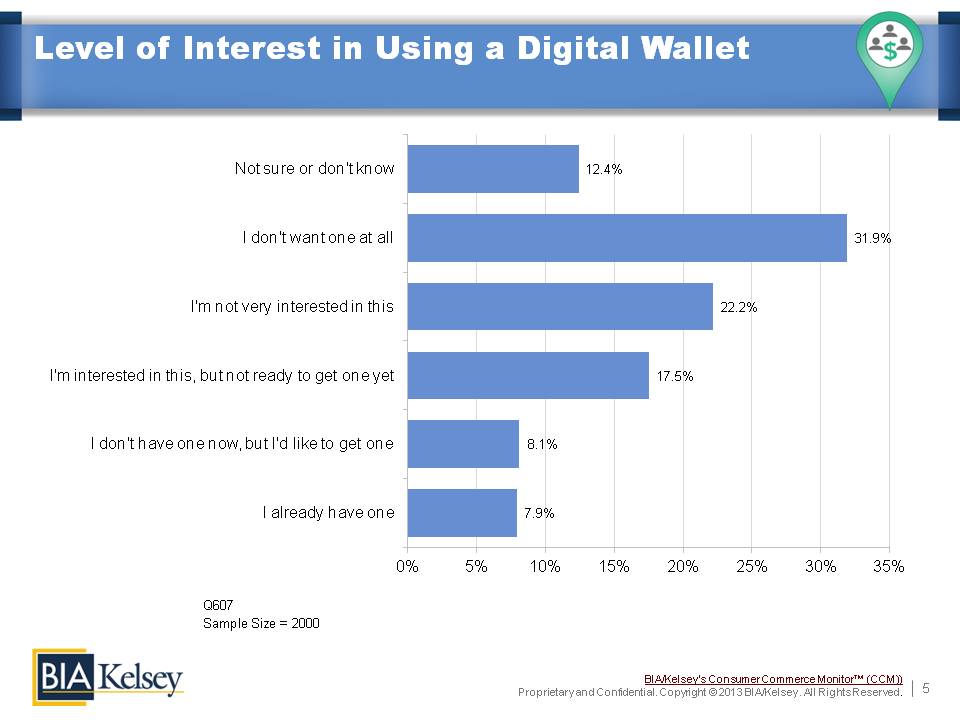 There is greater interest in digital wallets among smartphone users, with 11.9% already having one, 13.9% wanting to get one, and only 40.6% not very interested or don’t want at all.

When you look at the breakout by age group, it is not surprising to discover that the younger demographics are far more interested in digital wallets than the older demographics.

So will consumers welcome Apple’s version of a digital wallet? Unlike some other mobile payments companies, Apple wouldn’t be starting from scratch, as it already has a built in audience for a mobile payments platform with over 500 million iTunes customers.