37.1% of consumers used a smartphone for local online shopping and 19.4% used a tablet, according to BIA/Kelsey’s Consumer Commerce Monitor (CCM) survey. SMBs are well positioned to take advantage, with 32% of SMBs reporting they use some form of mobile advertising to promote their business, up from 28% in 2012 according to BIA/Kelsey’s Local Commerce Monitor (LCM) survey. 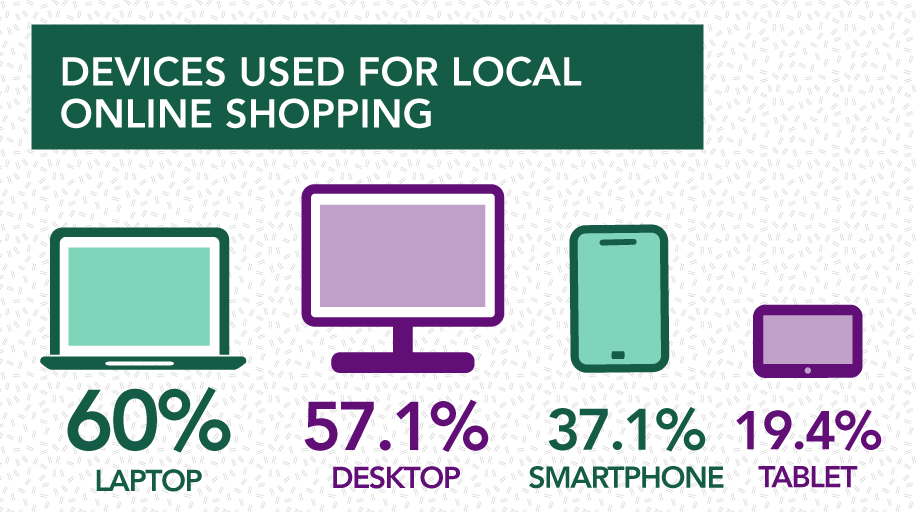 In BIA/Kelsey’s annual Local Commerce Monitor (LCM) survey on advertising and marketing of small and medium businesses (SMBs), we asked several questions on the satisfaction of the various advertising and marketing choices made. In our new Consumer Commerce Monitor survey, we asked consumers how they find, engage and transact with local-serving businesses, including where they use their mobile devices. For the consumers who use tablets for local shopping, the majority, 90%, do some from home, 21% do so at work, and 17% do so in-store. One-third of tablet users reported using their devices at least once a day for local shopping, with nearly another third using them a few times a week.

One of mobile’s path to success for the small business can be found in payments. SMBs are ready to close the loop with shoppers who use their mobile phones; 40% of SMBs reported accepting payments at the point of sale with a mobile credit card reader attached to a smartphone or tablet, with an additional 16% planning to add this capability in the next 12 months. This in line with consumers’ adoption of mobile payment with 42% of consumers reported having made a payment using a smartphone credit card swipe in the past six months, with over 7% reporting they do so often.

As their customers are using mobile devices such as smartphones and tablets to shop online, SMBs reported going increasingly mobile. 16% of SMBs surveyed reported that mobile was an extremely high future marketing priority for them, and another 21% reported it was a very high priority.

SMBs are still working on success with mobile, but need guidance on effective marketing opportunities. 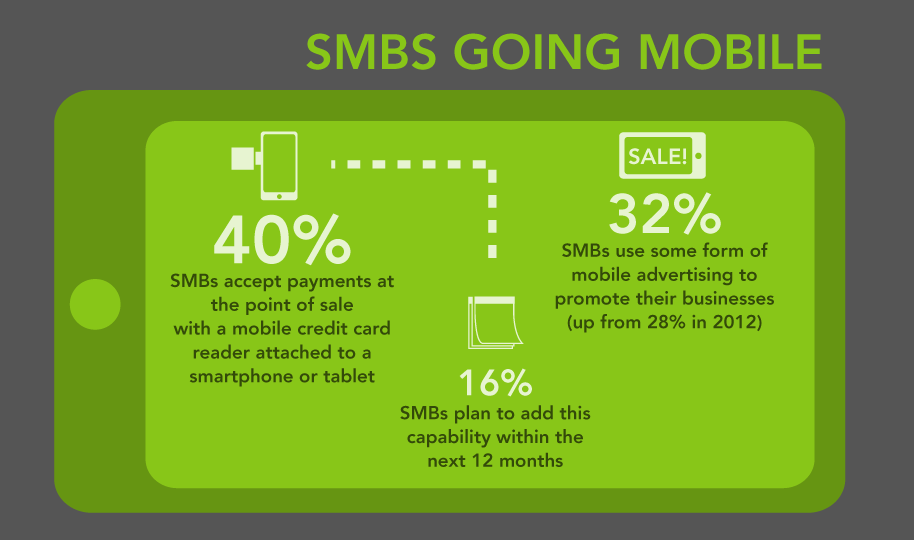