In the ongoing cycle of market forecasting, we’re once again at a half-year refresh for mobile local ad revenue projections. Though the “money slide” (literally) of the forecast is a revenue outlook, there are lots of background inputs to dissect.

For example, if you segment out the portion of these revenues for ads targeted locally, they’ll grow from $784 million last year to $5.01 billion in 2016. Within that local slice we can segment further by format, looking at the different ways ads are bought and sold in search, display, SMS and video.

Of these, search is currently growing the fastest, and is the biggest growth driver in mobile local advertising. This is partly due to the growth we project in the mobile Web — where search is central — as opposed to apps (reasoning here).

But it’s also directly related to mobile user behavior in the form of mobile local search volume growth and to higher performance we’re seeing from search ads compared with other formats. That’s largely due to their pull-based, intent-driven nature. 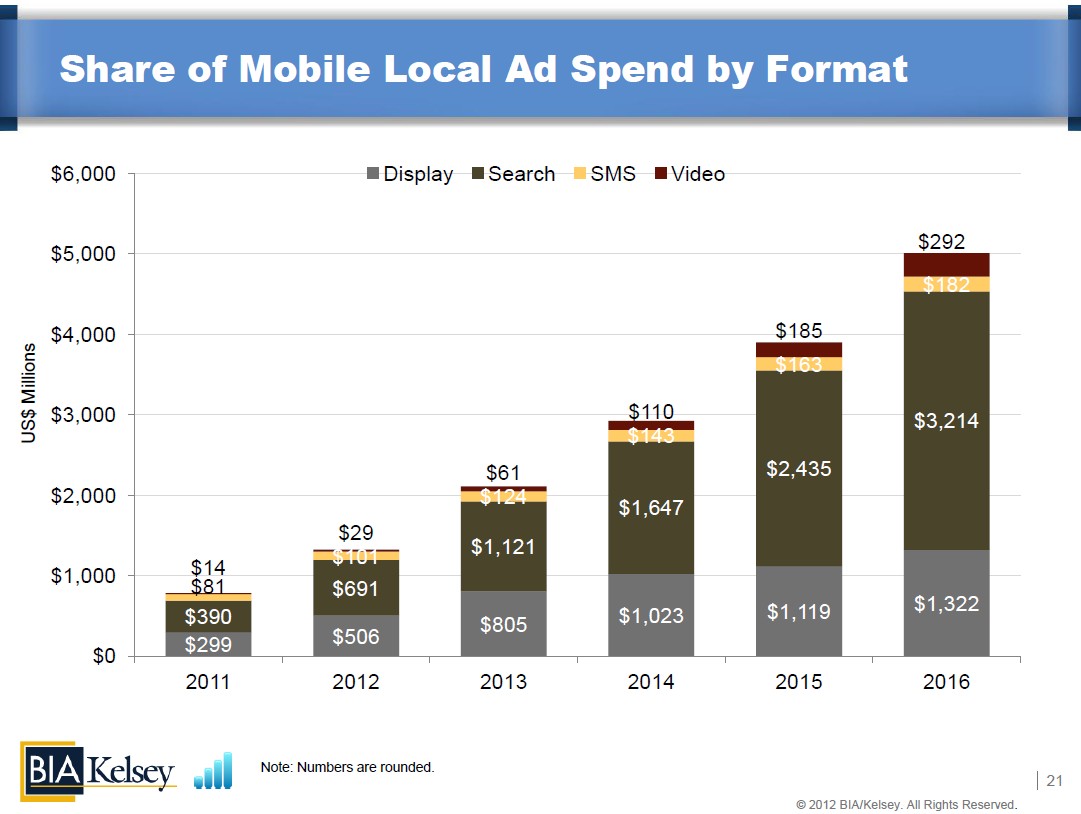 Let’s first look at mobile local search usage. After locking ourselves away for weeks in various sweat lodges and spreadsheets, we emerged with projected mobile ad revenue figures.

Taking it a step further, I huddled with colleagues to compare things like desktop search volume. After plotting out our respective figures, we found something interesting: Mobile local search volume (Web and app) is on pace to intersect desktop local searches in 2015.

The beauty is that Google’s ownership of mobile search (95 percent market share) makes its usage disclosures reliable in extrapolating the entire market. We know its monthly desktop query volume. We also know that 20 percent of searches are mobile, and 40 percent of those are local.

From that base, it’s a matter of adding in-app search, then projecting out to 2016, applying inputs and trendlines like smartphone penetration. Meanwhile, other points of affirmation — like overall Web user volume — are on pace for the same mobile/desktop intersection. 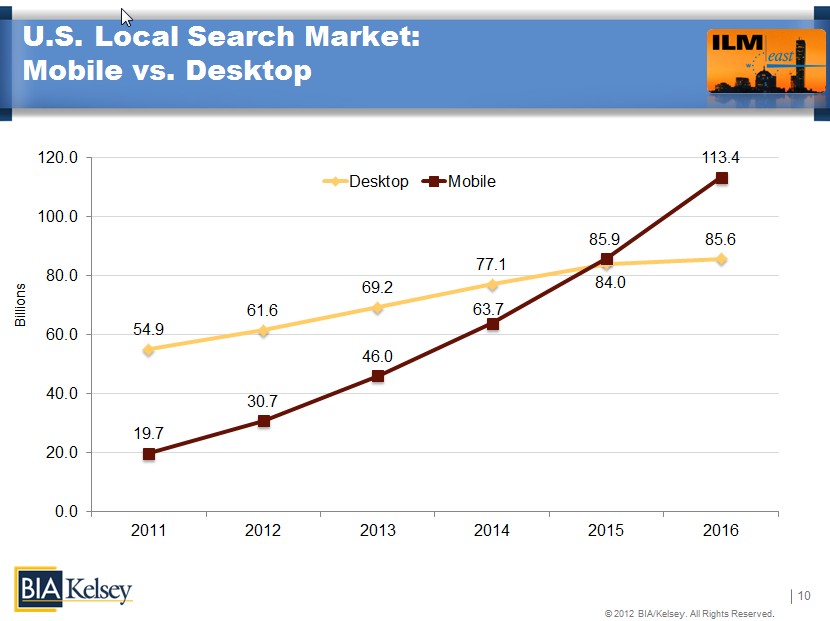 But more important is what is happening after the click. We’re seeing favorable metrics for secondary actions (calls, directions, etc.) to the tune of about 37 percent of those clicks. That’s powerful stuff for advertisers — especially local — interested in driving such activity.

The next step will be going further down the funnel into mobile payments, which clarify the path to conversion and reveal data to refine future presence/ad targeting (Google Wallet’s real endgame). That’s the topic of an entirely separate post.

This performance hasn’t led to the premium ad rates commensurate with their value, but that’s because of laggard advertiser adoption that’s kept demand (and thus prices) low. But we believe premiums will follow, contributing to search’s share of the mobile local revenue pie above.

Panning back, we should see overall mobile advertiser demand grow overall. This can be supported by looking at the basic fact that mobile’s share of time spent per media is 23 percent, while its share of ad dollars is only 1 percent (compare with print advertising).

Natural forces of equilibrium will bring that mobile ad spend up considerably in the coming years. And local search ads — as they naturally fit mobile devices and the ways we use them — should see a big piece of that action. 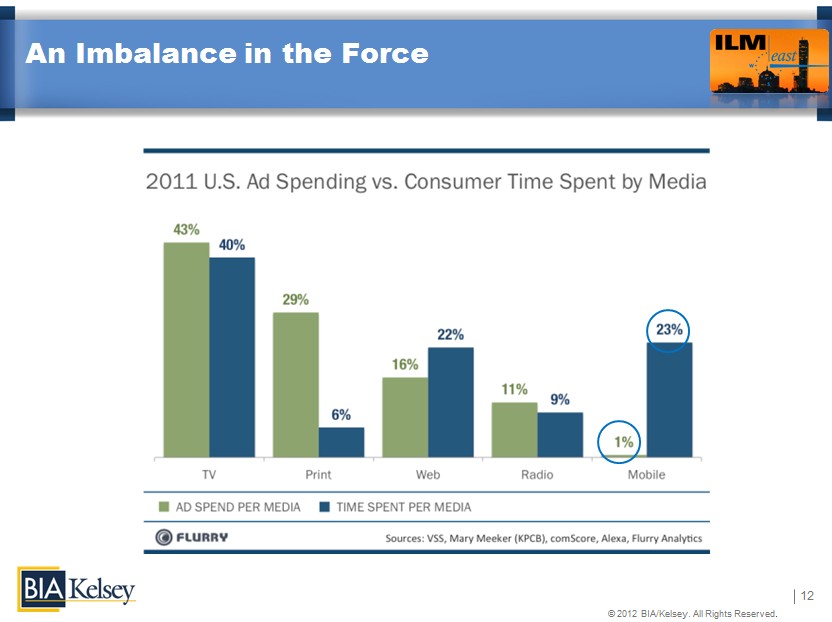 Join us at MLM San Francisco where we’ll dive deeper on all of the above with leading companies in the space. We’ll announce speakers soon but so far we’ve got a good list brewing including Google, Yelp, PayPal and lots more.