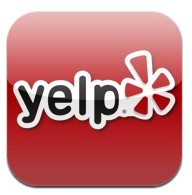 As we keep saying, mobile will represent “Act II” of the exploding deal space. We even have an entire segment of our Deals 3D conference next month devoted to it. It kicks off with a session of heavy hitters including Foursquare, Loopt, Shopkick and Yelp.

We’ve been getting excited because over the past few weeks, three out of these four had big announcements around mobile deals (Foursquare, Loopt and Shopkick). Today Yelp rounds out the lot with its launch of Yelp Deals for iPhone and Android.

This will take form in an app update and a deals icon that takes users to a list of nearby deals. Like Groupon (Now), Scvngr (LevelUp) and others in mobile deals, this will develop into different SMB categories that are more conducive to “flash sales.”

Luckily for Yelp, these are the very businesses in its sweet spot (think restaurants, bars, movie theaters). Yelp is also positioned well with sales assets — one of the least sexy but most important aspect to deals models (i.e., half of Groupon’s 8,000 employees).

But it will still be a challenge to build the critical deal mass that makes it a comprehensive offering. This comes down to a classic chicken-and-egg challenge, and a network challenge that is exacerbated by spreading volume over thousands of locales.

But Yelp will initially launch mobile deals in 12 U.S. cities. And again, it’s positioned well to pull it off — much better than the legions of other companies attacking this space and the many points of its value chain (see our recent deals webinar).

For all of the above reasons of physical sales, brand equity, not to mention 4.5 million mobile users, we’ve argued Yelp is an unsung hero of the mobile deals (and check-in) space. At least until it sheds the “unsung” part.

The Yelp app (and this new update) are free for both iPhone and Android. And once again, we’ll be taking a deeper look at next month’s Deals 3D conference in an on-stage interview with Yelp’s consumer product lead, Eric Singley.