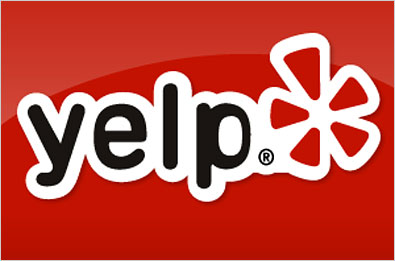 Today Yelp announced its latest move down the LBS path, with a new set of tools for merchants to create and manage local check-in deals. The product, on which we were briefed yesterday, follows last January’s launch of check-ins for users of its mobile apps.

First, this is a user-centric move in that deals will boost the appeal of checking in. This is very much in line with the market’s direction, as services work to “move beyond the check-in.” As this happens, competition will drive more check-in deals and incentive programs.

Tied closely to that is the merchant end of the equation. In that sense, today’s move is equally merchant-centric. A revamped dashboard will have a section for businesses to control the deals users see when they check in. This is separate from existing offers on Yelp profile pages.

This is very much in line with some of Yelp’s recent moves to deploy tools that better solidify mobile marketing in the eyes of its merchant advertisers (and non-advertisers). You may remember in June when it began to spotlight mobile usage analytics for merchants.

That came with the assertion that Yelp mobile usage is exploding and it’s time to show merchants — sort of a teaser for the benefits that can come from an enhanced mobile presence. Today, more than 30 percent of Yelp’s overall traffic comes from mobile.

The other thing this follows is the market’s general gravitation toward tools for merchants to manage check-in deals specifically. Foursquare continues to add dashboard features for SMBs, while Facebook launched this capability recently with Deals (though this is very early).

These moves are gaining momentum not just because of growing LBS usage, but also a sense that merchants want to offer deals to incentivize foot traffic. The latter is supported by massive advertiser demand for Groupon, i.e., paying for new customers vs. traditional ad placements.

Though the tech media focuses on Facebook Places and Foursquare, I contend that Yelp is pretty well positioned in the emerging local check-in/LBS space. Not only does it see massive mobile usage — i.e., figures above and download status among iPhone apps — but it has more of an “in” with SMBs.

This is the part often overlooked, and a reality into which Foursquare and Facebook Places will soon collide. As we’ve argued, Yelp has longstanding relationships with SMBs, ability to cross-promote with online assets and, most important, a physical (inside) sales force.

These things can’t be forgotten, as they position Yelp more favorably than these other media darlings of the check-in space. Though Yelp gets due credit as a local search and reviews leader, in the check-in/LBS arena, it’s more of a dark horse (so far). But it’s where my money lies.

We’ll get to hear more next month from Yelp CEO Jeremy Stoppelman, who will give a keynote address to kick off our Interactive Local Media conference. Meanwhile, the new check-in deals will be available first for Yelp’s iPhone and Android apps, other platforms likely to follow.