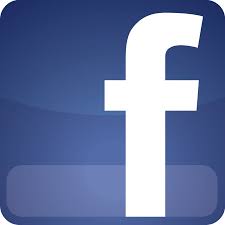 The Wall Street Journal published an insightful article yesterday about the use and value of paid Facebook ads for SMBs: “Facebook Ads Become Costlier Choice for Small Businesses.” This is a hot topic indeed, given the explosive growth of social media in general, and the dominance of Facebook.

Our own Local Commerce Monitor (Wave 17 from Q3 2013) found that 52 percent of SMB respondents have a Facebook page for their business, and 15.5 percent of SMB respondents have purchased advertising on Facebook. (The survey sample consists a broad cross-section of U.S. SMBs). Our LCM research also found that 19.3 percent of SMBs that had use paid advertising on Facebook rated its performance as “returning at least 10 times the cost of the ad.” Using benchmarks from prior waves of LCM research, this is a strong but by no means singular level of performance.

Now, having said all of this, the question is “What’s the trend”, given the significant changes in Facebook paid ads. As discussed in the Journal article, the overall performance is a product of several factors. These include: Facebook ads have increased in size (thus fewer are being shown to a given consumer); prices have increased broadly (pricing being set by auction); targeting has become more selective (due to both Facebook policies and improved targeting capabilities).

As a result, the cost-effectiveness of paid Facebook advertising has declined for some SMBs. However, overall, Facebook ad revenues have increased considerably, up some 67 percent over the same quarter a year ago. So even though Facebook paid ads may no longer work for some SMBs, there are many others where the value proposition is stronger than ever — a message that was implied in the Journal article, but not emphasized.

The latest developments in social media (as well as other local advertising platforms) will be examined thoroughly at our upcoming conference “Leading in Local: SMB Digital Marketing” in New Orleans, Sept. 22-24. We’ll also be presenting the first results from our brand new Local Commerce Monitor Survey, Wave 18, which is actually coming out of the field later today. The LCM Wave 18 results will give us a current, fresh look at the performance of the whole array of local advertising formats — including paid Facebook ads. Hope to see you in New Orleans.