“The world is radically re-calibrating itself” stated Lt. Governor of California, Gavin Newsom at this week’s Leading in Local: Interactive Local Media conference hosted by BIA/Kelsey in San Francisco. The Lt. Governor has been an advocate for adopting new technology in the US government and is well known for his book Citizensville which is the story of how Americans today can use new digital tools to dissolve political gridlock and transform American Democracy.

The Lt. Governor’s message during the Wednesday morning session was one of change. With “almost every large scale institution collapsing around us,” including 79 major newspapers that are going out of business in the United States, he encouraged US citizens to take a stand. Newsom expressed the need for our government to reorient itself and begin engaging its citizens as co-contributors to society.

Open data was a concept encouraged by Lt. Governor Newsom. He believes that the government’s data is the data of the United States citizens. Newsom encouraged the freeing of government data from vaults via platform to allow the people to create solutions. Having access to this data would then require a different type of citizenship for Americans. This new citizenship would involve citizens being innovative, active, and involved. 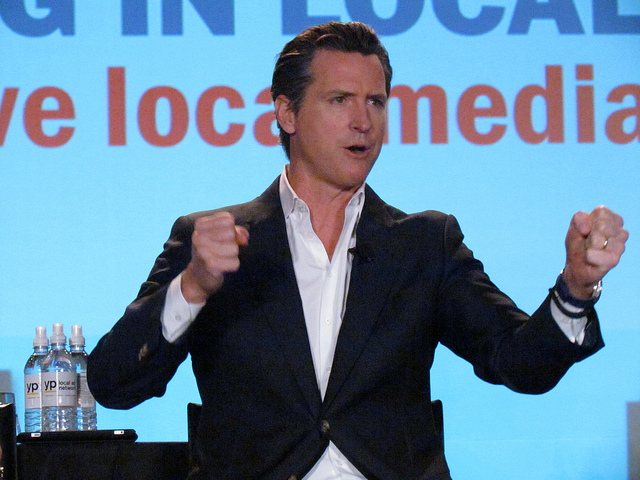