Making the rounds last week in London’s burgeoning digital media community, we met Footfall123, a London-based company offering a loyalty marketing solution with a strong social marketing component. Footfall123 white labels its solution through partners and also works directly with merchants. The company made news this month with the launch of Time Out magazine’s paid-for loyalty card, powered by Footfall123.

Footfall123 is carving out a niche as a provider of loyalty programs to national brands as well as entities that aggregate multiple businesses. Examples of the latter include retail and outlet mall operators (Footfall123 works with several). Also, Footfall123 has forged relationship with many of roughly 150 “business improvement districts,” which are local bodies that promote local retail in Britain’s downtown shopping districts (e.g., the “High Street”). Footfall123 works with these organizations to create loyalty cards that encourage shopping on the High Street vs. big box retail on the outskirts of town.

Footfall’s business development emphasis is on enterprise accounts, though it does work directly with some long tail merchants via a freemium/self-service model.

CEO Ben Chesser told us the company’s origins are as a software developer, building systems for secure voucher redemption. This eventually became the foundation for Footfall123’s platform.

Footfall’s solution for merchants includes a couple of key elements. One is called Social Rocket, which enables merchants to post viral offers on Facebook. The other is the Footfall123 Toolbox, which is a turnkey solution that enables merchants to create offers and track and communicate with its customers via SMS, email and social media. The point of sale capture device is a “phone on a stick” scanner (pictured below).

Footfall123 has been bringing fresh  ideas to the loyalty space, for example, by testing a model where once a person accepts an offer the offer is then live in their Facebook stream where others can click and get the offer. The toolbox allows retailers to set up a specific number of redemptions. Once the limit is reached, the link Facebook stream converts into a promotional message with no offer.

Chesser sees some key weaknesses in most current loyalty efforts. “Offers need to be measurable and to change behaviors,” he said. If an offer simply rewards current purchase behavior with a discount, what has been gained? Chesser contends that offers need to motivate consumers to spend more, try new items or services not currently being used, come on days not normally frequented, etc.

Footfall123 also encourages more activity by offering merchants a menu of precise offers to use for their business type and market size. This way the merchants only have to choose from the menu rather than come up with a consistent stream of their own ideas.

Time Out launched its paid loyalty card this month in London, with a New York launch planned for September. Paris, Chicago and LA are next in line.

The Time Out card will cost consumers GBP49 and the publisher hopes to sign up 12,000 by year end. Time Out’s card offers discounts for leisure brands in the UK, but it also features news, competitions and offers that are exclusive to card holders. Footfall123 also enabled cardholders to sync the card to an app, enabling redemption via the mobile device, plus access to location-based offers.

Footfall123 is looking to open a New York office, hoping to leverage its Time Out deal into additional business in the United States. 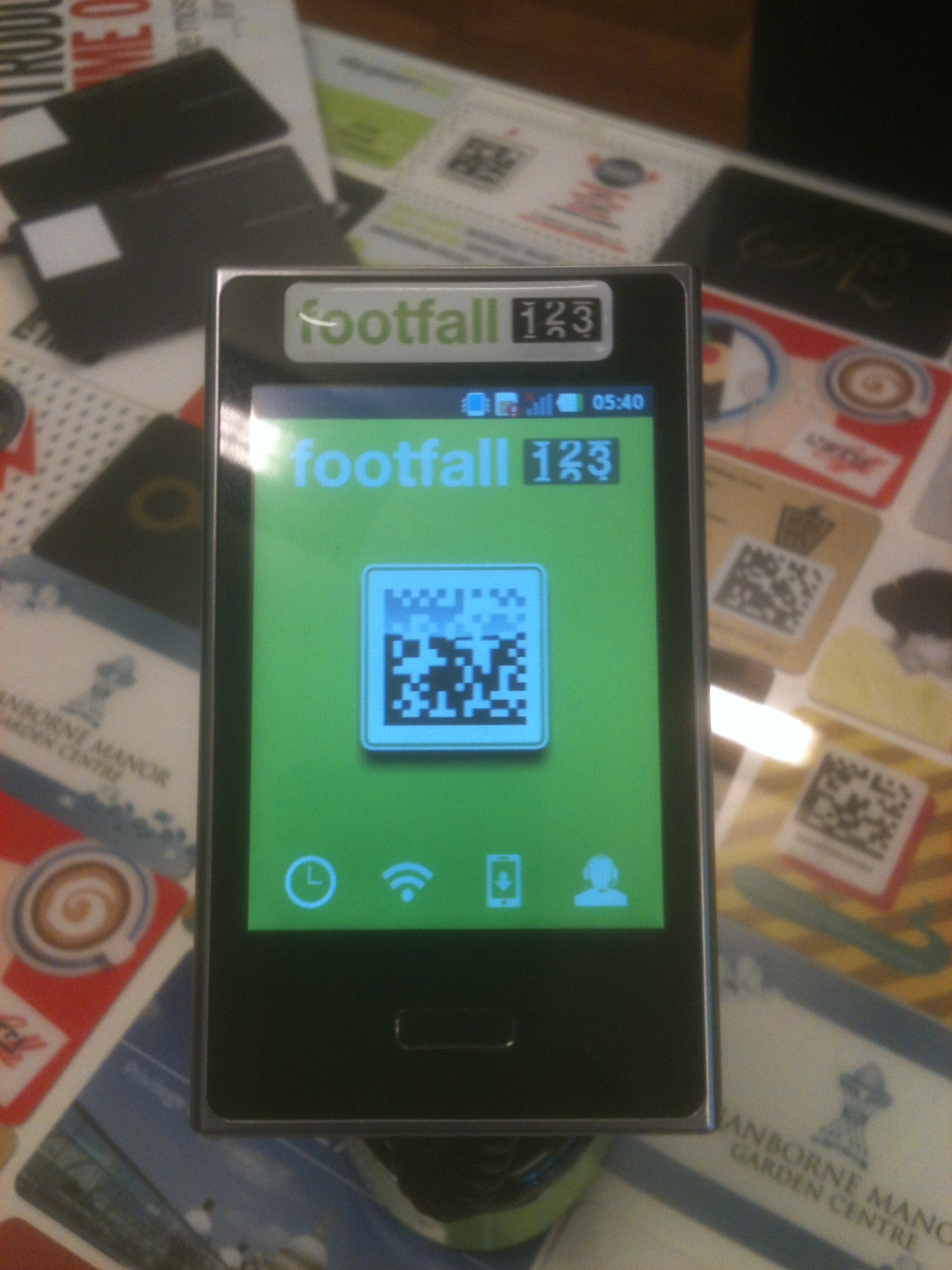