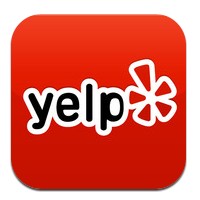 Earlier this week, Yelp announced its Q2 earnings. One of the most notable moments of the earnings call was CEO Jeremy Stoppelman’s assertion that mobile monetization is finally coming.

This is something we’ve been looking at for some time, because of Yelp’s leading role in local. Yelp has a unique mix of product focus — unencumbered by legacy print products — and a growing sales force that attains the direct SMB access historically owned by print players.

Early on, they also somehow overcame the classic local reviews “chicken and egg” challenge. They’ve since become a household name in local,  a pedistol shared by maybe 4 companies. Moreover, Stoppelman and co “get” local, — clear since Matt Booth and I were first briefed by them in 2005.

Now lightning has struck twice in their migration of user base and brand equity to mobile. They have one of the top 25 most downloaded apps for iOS, and about 10 percent of their monthly unique users (to the tune of 7.2 million people) access Yelp from a mobile app.

BUT…  that 10 percent accounts for 40 percent of its search query volume. On weekends, it’s even higher, when Yelp sees more mobile searches than desktop. That says a lot about mobile user engagement levels and points to a clear opportunity once the monetizaiton swich is flipped.

But there is a downside (as their often is). As more and more users access the service from an outlet that is undermonetized — as mobile is for Yelp — its ARPUs will logically go down.  If this sounds familiar, it’s the same thing that Facebook is currently going through.

But Facebook has innovated well with the mobile Sponsored Story.  And their eCPMs are outshining other benchmarks, as we presented at MLM West. You can at least expect Yelp to do something in the same “mobile first” spirit that’s behind Sponsored Stories.

Foursquare, a company similarly challenged by mobile monetization, recently did just that.  Its Promoted Updates and Promoted Specials let advertisers distribute specific messaging to geo and behaviorally targed users through its Radar and Explore Tab features.

The point is that Yelp is going to have to figure out a way to integrate ads in a way that is congruent with the user experience, rather than replicating its desktop revenue model, if that wasn’t already obvious. The other clear challenge is reaching worthwhile ad coverage while not detracting from the user experience.

This is all made even harder by current macroeconomic trends in mobile ads, and by shareholder pressure. We’ll know more soon about what exactly Yelp will roll out and, Like Facebook, it will have a hand in shaping the quickly evolving standards around mobile ad creation, distribution and measurement.