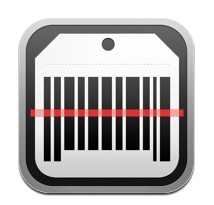 ShopSavvy, a mobile barcode scanning app we’ve written about many times, has integrated Groupon deals as part of a new partnership announced today.

Its 10 million users will be able to access Groupon daily deals through the “deals” tab of its app. This will take into account the user’s location and serve only deals that are nearby. Other targeting features will develop to include things like shopping history (via product scans).

Generally speaking, this is an interesting move, in line with the natural marriage of daily deals and mobile that we know will continue to develop in many forms.