Yelp just announced it has launched in France — a move that makes sense for a site that bases itself on food, dining and entertainment.

The launch of Yelp France underscores the site’s increased effort towards broader availability in Europe. In April 2010, one million unique visitors consulted Yelp UK and Yelp Ireland, with the vast majority of that traffic coming from London. Reaching one million unique visitors after 16 months is an even faster growth rate than Yelp experienced in its first U.S. market of San Francisco and a strong indicator that Yelp is poised to gain the same type of traction in Europe.

This marks Yelp’s first move into a non-English speaking market. It also comes about 16 months after the site landed on European shores with its first foothold in London. As it has done in the U.S., it will likely puddle jump from one market to the next, taking advantage of the cross pollination of individuals between cities to spread virally.

This will be a greater challenge in Europe where there are language barriers. The site will also compete directly with Qype in many European markets including France. There, Qype has a home field advantage (to some extent) and a head start at tackling the classic “chicken and egg” challenge facing local review sites.

When I visited Qype’s London headquarters last year, Head of Marketing Andrew Hunter told me his company was planted deeper into the extensive London restaurant scene due to this advantage. Yelp had reportedly seeded activity in the new market with U.S. travelers and ex-pats — resulting in review distribution that skewed toward more touristy neighborhoods.

It’s unclear how/if it will do the same in France, given a language barrier or what exactly it will do to grow quickly in the region. Either way, its growth in the U.K. market has been strong and nothing indicates it will be different in other European cities (short of language speed bumps) as it continues to gain momentum.

In addition to the new site launch in France, Yelp sites everywhere will now be available in both English and French, including the option to contribute reviews in either language. 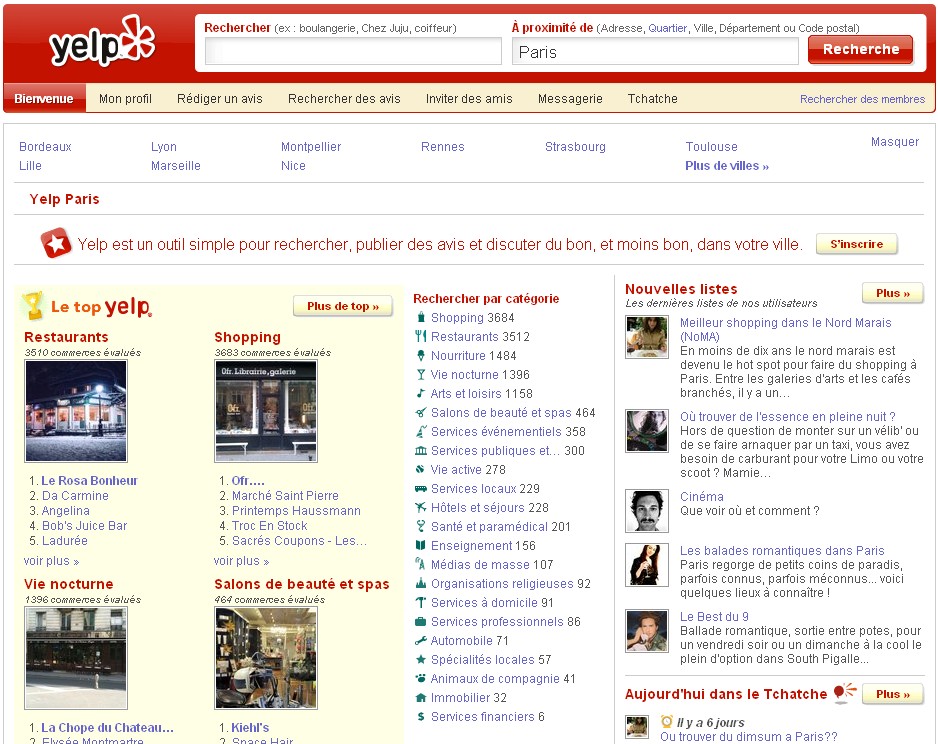