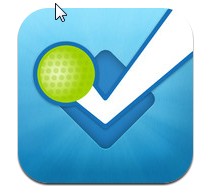 Foursquare just announced that it will now offer its Promoted Updates and Promoted Specials to a wider swath of SMBs. When we first covered the unveiling of these ad units (exactly one year ago), it was available to a list of large advertisers including Gap, Best Buy and Hilton. As we speculated, the next move would be down market to the SMB sector.

The company has done that in spurts, starting with a few NYC businesses. Now it’s available to “a few thousand” SMBs and will open up to more in the next few months on a self-serve basis. Moving from the naming convention above, Foursquare is branding this ad program Foursquare Ads for Small Business. This comes after lots off pressure to monetize SMBs.

Just like Promoted Updates and Promoted Specials, these new ads will appear within Foursquare’s Explore Tab as shaded listings (see below). This is meant to be a native discovery experience, showing ads that are matched with users’ location, check-in history and other signals such as To-Do list items or Friends’ recommendations/check-ins.

Also like its Promoted Updates forebearer, Ads for Small Business will be charged on a cost per action basis. This is Foursquare’s decision to appeal to cost-conscious SMBs with the performance-based advertising and tangible ROI that data-driven mobile local advertising is capable of. CRO Steven Rosenblatt expressed this philosophy at our March Conference.

There’s a chance the company will find that many SMBs prefer the simplicity of flat pricing over complex (albeit more efficient) performance based advertising.  The latter requires some degree of ongoing maintenance which is tough for non-tech savvy or time-starved of SMBs. This is shown in BIA/Kelsey’s Local Commerce Monitor SMB survey data.

Still, Foursquare has a strong SMB value proposition that will only increase with generational shifts of  proprietors, not to mention a general evolution in advertiser mobile adoption/comfort. So far, this has led to its 1.4 million claimed listings from SMBs who have found value in its dashboard to analyze check in behavior and offer check-in specials.

This week’s announcement takes that to the next level by letting SMBs serve ads in a targeted way (time, place, behavioral) to high intent Foursquare users in discovery mode.  We’ll investigate how the somewhat vaguely defined CPA pricing model works (appears to be governed by check-ins and venue visits) and how the program itself, over time, is working.