Today I had the chance to talk to Mary Beth Brendza, founder of AppExpress, regarding the company’s announced partnership with the interactive unit of television operator Cordillera.

At first glance the partnership provides a key sales channel to scale AppExpress’s SMB customer base for mobile app creation and management. It also notably boosts Cordillera’s efforts to sweeten their bundle of advertising and “presence” offerings to SMBs.

“We’ve been getting a lot more buzz from television stations,” said Brendza. “They’re all getting into the game and building interactive divisions to acquire new customers. Cordillera is a great example.”

The idea is for TV stations – traditionally occupying the meaty mid-market segment – to go further down market where advertisers are increasingly demanding mobile products. They can also broaden the verticals they typically reach.

In addition to creating advertising bundles with broader appeal, there’s a retention play inherent in the stickiness or “vanity factor” of mobile apps. In other words there is a higher perceived barrier to killing your mobile app, as opposed to stalling an ad campaign.

“It’s a heavy degree of entanglement,” agreed Brendza. “The cost on television [ad] sales are higher so these advertisers can afford an app.” Then it becomes a good way to retain these large accounts and keep customers, she says.

In addition to these sales strategies, there are some cool implications for functional synergies when it comes to cross platform user behavior. This is especially pronounced with TV and mobile (i.e “second screen” viewing), according to studies from Yahoo and others.

Though it’s early in the relationship, Brendza agreed that some cross promotion between TV spots and mobile apps could make sense. This could tie into AppExpress’s highly functional list of app offerings, like appointment scheduling, payments and others.

Until that happens, there are clearer cross-promotional abilities with Cordillera Interactive’s online assets (TV station sites) which include 1.6 million monthly uniques and 60 million ad impressions. Here, linking to an app’s download page is a clear opportunity.

“We just launched the partnership, so we’ll see where it goes,” added Brendza. “For now it’s crawl, walk, then run in creating ways to maintain the customers. That’s big for us.” 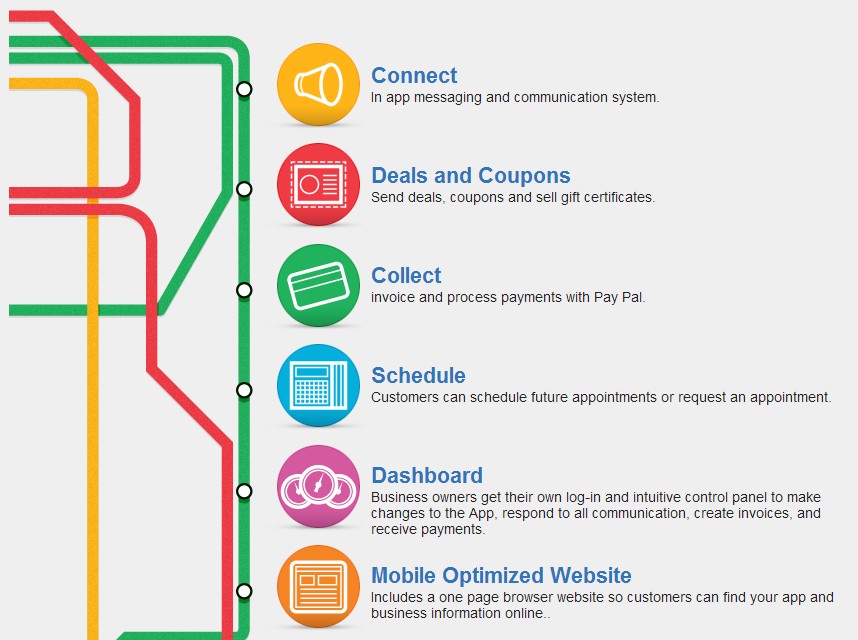