The way it works is that Twitter users follow @SP411. From there, they can send direct messages that are returned with listings info such as address and phone number and a shortened URL of a Superpages listing. In addition to driving more traffic by reaching users where they are, this could get some viral distribution by users retweeting their results. Queries can also include weather, movies, directions (challenge for 140 characters) and others.

Stepping back, this is a more direct use of Twitter for local search than what’s been done in the past. As we’ve written, the onset of Twitter Search has been used to find current chatter about what’s going on locally. But as third parties start to use Twitter in different ways, it’s evolving in lots of different directions — local and otherwise. Twitter itself meanwhile has showed its interest in local with the recent integration of location awareness to its API (see our post).

For Superpages, it’s a good move. The direct integration with Twitter lowers the barriers to adoption and taps into an addressable market of tens of millions of users. It could also get some PR value and brand lift out of the deal — similar to that some companies are seeing with the launch of iPhone apps.

This concept is particularly relevant to traditional media industries that are fighting hard to stave off the perception among younger users/audiences that they are dinosaurs (though Twitter incidentally isn’t as popular among younger users as you might think). 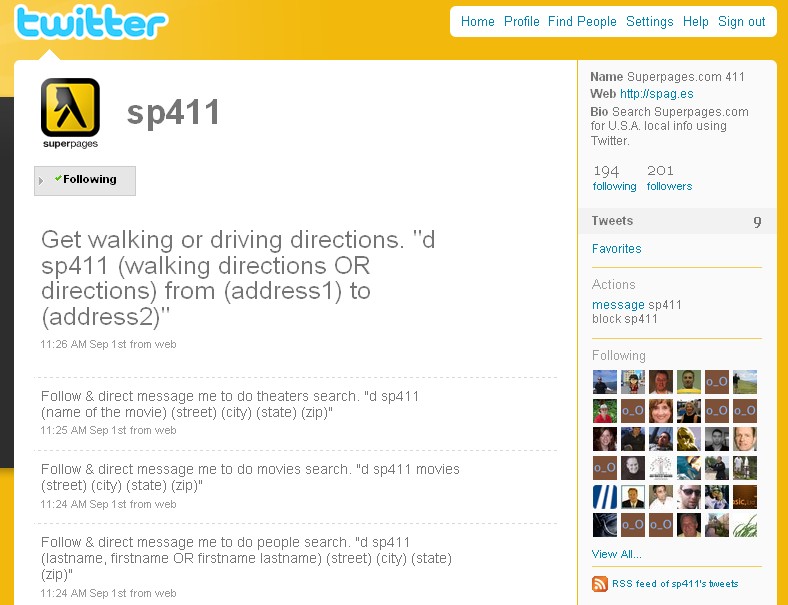