The Yahoo Newspaper Consortium is seeing new ad dollars coming in, primarily for its behavioral targeted campaigns, which account for 90 percent of its business, per Yahoo VP Lem Lloyd. Lloyd oversees the program for Exec VP Hilary Schneider. (Both were featured this weekend in a glowing report in The New York Times, complete with picture.)

Local advertisers have typically bought certain GRPs (gross rating points) on TV, or outdoor. But with sales down and costs up, “they’re rethinking that,” says Lloyd. “They’re open to a story that combines the local newspaper and Yahoo together.” The consortium offer can “match the audience reach of broadcasters, coupled with the premium targeting that behavioral campaigns offer.” All for a significant discount.

At this point, most of Lloyd’s assessment is anecdotal and hasn’t been internally quantified. But the word on the street is highly positive — at least, on Yahoo’s street. “Advertisers would be predisposed to say it isn’t working, to get a better deal,” says Lloyd. “But they say: ‘Hey, we sold a lot more cars.’ ” 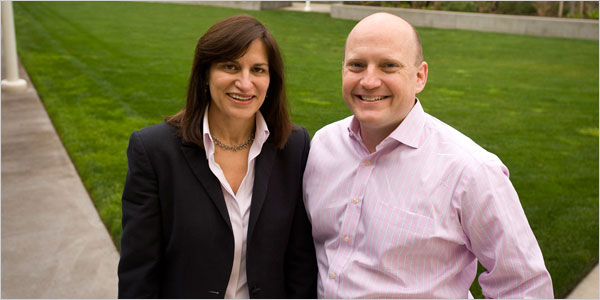