Web hosting has transformed over the past few years. With domain and website creation, there’s lots of room for integration with marketing and SMB services (social, search, CRM etc.). The one-stop-shop is also appealing to time-starved and simplicity-oriented SMBs. GoDaddy has been the poster child of this movement so far.

BIA/Kelsey’s resident Yodle expert Celine Matthiessen points out that Yodle shifted from marketing services to a platform for SMBs in 2015. While it grew its customer base, ARPA retracted from $1020 (in its 2014 S1) to $300. (Q4 earnings). This could have at least some part in scrapping IPO plans in favor of acquisition.

According Matthiessen, part of the acquisition impetus was also disparate assets (read: parts). That includes technology/IP and customers — especially in Yodle’s strength areas like multi-location franchises, healthcare and auto verticals. But it was also for the customer service reps, she posits.

Indeed, in addition to one-stop-shop appeal mentioned above, the acquisition could bring Web.com a deeper level of service. Though Web.com has a DIFM product, Yodle’s high-touch penetrates further into SMBs that need (or can afford) more hand-holding. That cohort’s presence is evident in BIA/Kelsey’s LCM study (see below).

We’ll provide more after briefing with Web.com execs. Until then, this move has clear strategic implications for Web.com. And on an industry level, the continued consolidation in web hosting signals an arms race between GoDaddy, Web.com, Endurance and others. The long-tail SMB segment will be the battlefield. 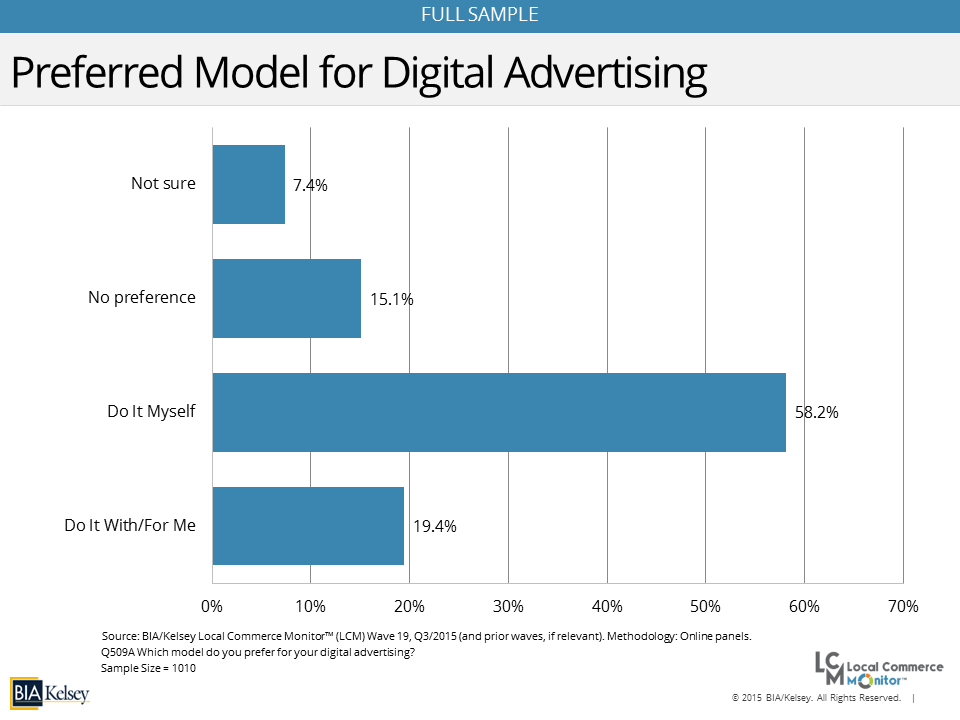