YP has been growing in leaps and bounds since its 2012 launch. The company, formed by the consolidation of the former AT&T Interactive and Advertising Solutions groups by private equity firm Cerberus Capital, unveiled its new corporate signage installation atop its Glendale, CA headquarters on Monday.

“Its about time that Glendale got a pop of color. YP has arrived,” exclaimed YP CMO Allison Checchi to the group of employees and local business community members that had gathered atop a nearby parking structure to watch the unveiling.

YP has been a long-time member of the local Glendale and Los Angeles based technology community, and in the last few years has grown to become one of the largest tech-industry employers in the region.

Company CTO Darren Clark remarked that the executive team has been set on making YP a powerhouse technology brand since its launch, and initiatives like city-wide private employee shuttle services (similar to services Facebook and Google provide in the San Francisco region for employees) and community outreach have helped to make YP a prominent voice in the fast-growing Los Angeles tech scene.

The company’s LA/Glendale-based digital headquarters have been a vital part of YP’s transformation from a traditional print media business to a digital media leader. Over the past 5 years, YP’s digital solutions have grown from 18% of total revenue in 2009 to more than half in 2015 generating more than $1 billion in revenue.

The Glendale headquarters are home to the company’s product, engineering and technical teams of more than 800 people, and it has grown the office by more than 25 percent since 2013, just after it spun out of AT&T.

Due to YP’s growth, it has become the anchor tenet of 611 N. Brand Blvd, occupying 6 floors covering more than 145,000 square feet of office space. With the expansion, YP was granted signage rights on the building, allowing it to prominently showcase its brand in downtown Glendale and to the thousands of commuters traveling on the 134 freeway. 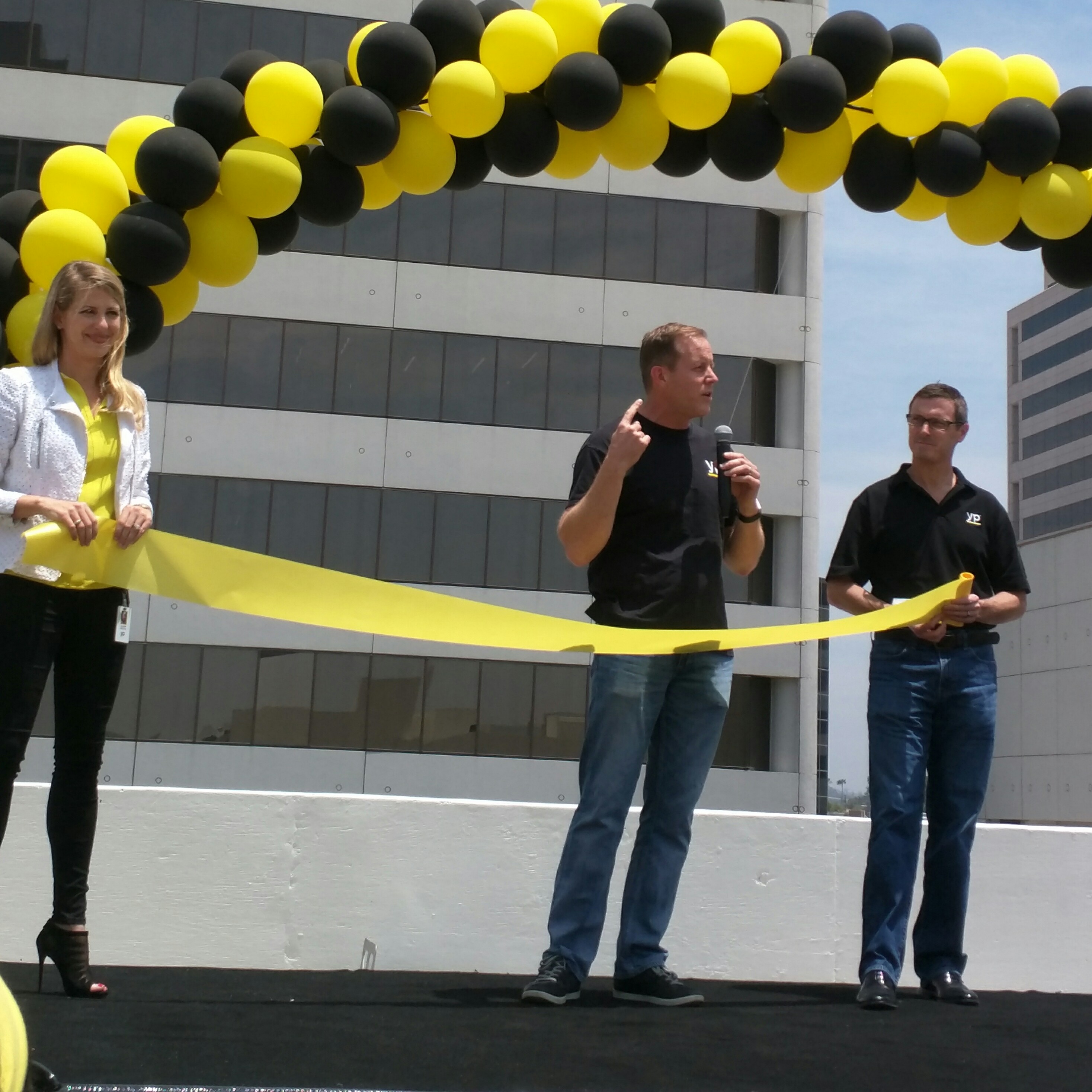