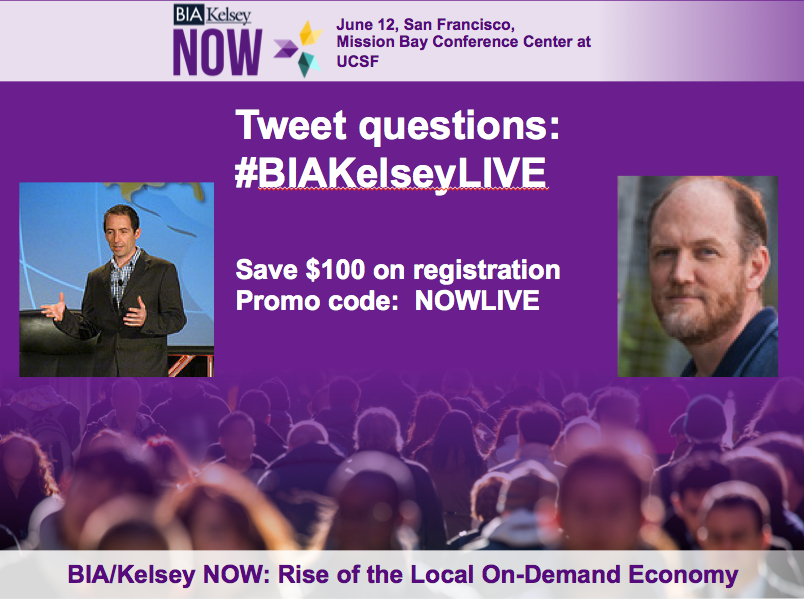 What are the top things you need to know about the exploding local on demand economy (LODE)? We tackled that question on Friday during a live analyst roundtable, and the video replay is embedded below.

We touched on many LODE subtopics including its supply and demand drivers, unit economics, points of entry, and examples of best practices. The full video is below, along with chapter links that jump right to several of the topics within the video.

Stay tuned for lots more on LODE as we build up to BIA/Kelsey NOW, taking place in just one month (June 12) in San Francisco.

LODE Fundamentals: Supply & Demand
LODE Economics
LODE Verticals: Where’s it Going Next?
How Big is the LODE Market, and Who Will Benefit Most?
Whom Does LODE Threaten?
What is the Downside/Darkside of LODE?
Conference Preview