Leading up to the BIA/Kelsey NOW Conference, which will debut in San Francisco this June, we’re kicking off a regular series of blog postings on the Local On-Demand Economy (see our white paper). Twice per week, we’ll wrap notable news, fundings and executive moves in the LODE world.

Uber Chief Financial Officer Brent Callinicos, who raised more venture capital than any CFO in history for the on-demand car service, has stepped down to spend more time with his wife and daughter. Having delivered $5.6 billion in funding to the company since he joined in September 2013, Callinicos’ record is unmatched among startup financial executives.

He joined the company shortly after its Series C round, when Uber had a mere $306 million in backing. As of yesterday, when CEO Travis Kalanick announced his departure, Uber with Callinicos had raised an additional $4 billion in capital and $1.6 billion in debt financing, a total of $5.6 billion in cash to achieve a $40+ billion valuation. Uber is widely expected to make an initial public offering this year. Callinicos remains an advisor to the company.

If you are not already dialing Callinicos to see what he is doing next, stop and think about the magnitude of Uber’s growth under his financial guidance. Facebook, by contrast, raised only $2.4 billion prior to its IPO, less than half the amount raised by Uber during the last 18 months (Callinicos joined Sept. 9, 2013). Kalinick wrote on his blog at the time that “Uber has enormous opportunities ahead.” Kalinick is reported to have told employees in email that “Brent has done a wonderful job here at Uber.”

“He will be a legend among startup CFOs,” Erik Gordon, professor at the University of Michigan’s Ross School of Business, told The Wall Street Journal. We will watch with interest for Callinicos’ next business move.

AOL founder Steve Case, speaking at the South By Southwest Conference in Austin Texas this weekend, said the Internet is poised for a “third-wave distuption [that will] account for more than half our economy.” This is the Local On-Demand Economy, which will drive the innovations of the past quarter century at the enterprise level into the local and emerging economies.

According to the Chicago Tribune, Case described the third wave as an environment in which [paraphrasing Case] “Companies that expect to thrive will need to partner with embedded stakeholders such as teachers, doctors and large corporations as well as with government agencies.” He responded to critics of the idea saying, “Engagement with governments may sound unappealing to many of you, but the entrepreneurs who figure out how to operate in this new framework have the potential to reap amazing rewards in this next wave.”

Case described the disruption at the local level as the result of improved access to capital from crowdsourcing, an increasing recognition of the role of strategic partnerships in new and existing companies, the rise of “impact” investing for social good and, the emergence of many more centers of digital innovation beyond Silicon Valley. We see the same forces at work. In particular, the role of strategic partnering will be critical. BIA/Kelsey believes partnering will be carried out through digital channels using APIs (application programming interfaces) that allow businesses to blend and customize their products and services with many partners to deliver exactly what a consumer wants, when they want it, at home, the workplace or in the community.

Case’s point about government is well taken. The disruption of local economics will have vast consequences for local, state and federal tax bases. For one thing, more workers will likely be using incorporation to extend their ability to supply and deliver services locally, changing the tax base in novel ways. Every government service, from street maintenance and education to police protection will be impacted by potentially lower short-term government revenue as 1099 economics takes hold. Health care may become an essential enabling service to ensure social mobility as workers abandon the lifelong career. The need for ongoing adult education will become an industry unto itself, augmenting reduced public spending or, perhaps, a greater focus by government on early-life public education.

“The government spends more on health and learning than anybody,” Case told the SXSW audience. “So successful third-wave entrepreneurs will need to engage more, not only with governments as their principal regulator, but also as their potentially largest customer.” We also anticipate that in the “1099 Economy” demand-side aggregators such as Uber, TaskRabbit and others will find that helping their contract employees engage with their community will be a key to independent employee retention.

Case is currently chairman and CEO of Revolution LLC, a Washington-based venture firm with a broad portfolio in consumer-facing startups. 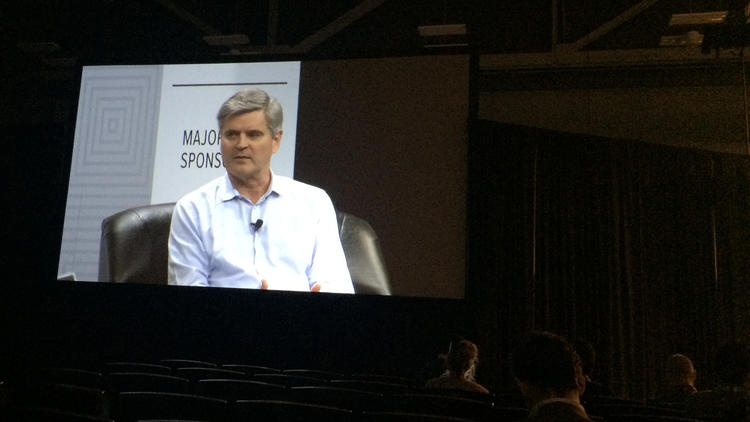 Stay tuned for much more on LODE in the coming weeks.