If that headline is foreign language to you, don’t feel bad. Two apps — Meerkat and Periscope — have taken over tech-world chatter on insider networks such as Product Hunt. Twitter just validated them further by buying Periscope for $100 million.

So you will hear about them soon. And I’m predicting they’ll be an app category that represents a next wave in mobile. In short, they allow users to live broadcast the world around them, tied to social graphs. Think Vine, but live.

The timing is also right because of the point we now exist in mobile’s evolution:

— Mobile connectivity has reached levels where quality livestreaming is tenable.
— Smartphone camera quality has reached levels that rival DSLRs, enabling high-quality capture.
— The smartphone-toting public has been acclimated to social sharing — everything from place check-ins to tweets.
— Piggybacking on existing social graphs enables quick growth via built-in network effect (when they let you).

So what’s the local angle? This is similar to the things we predicted over the past few years for Instagram and Vine’s use at the local level, but with more dimension. Think: capturing a night out on the town, a home renovation project, or a wedding.

These are all natural fits for native local advertising with the services or places involved. And like Vine, there will be ability to facilitate creators and influencers that do cool native integrations around certain brands in the live streaming format.

Like most emerging technology, it will start at that brand level then move down market to SMBs. Whether it’s brand or SMB, location relevance will be tied closely to the live streaming and sharing experience, so there are lots of directions it could go.

This is just an introduction to the concept. We’ll be watching it closely and examining its possible directions and implications for local media. I know I’ll be discussing it on and off stage during BIA/Kelsey’s NATIONAL, coming up in just two weeks. 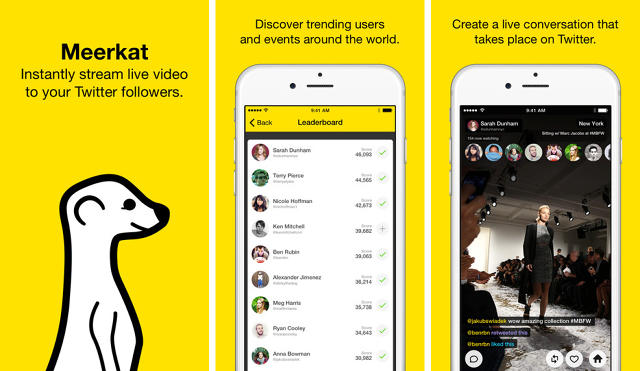