Pinterest has “hundreds of thousands of small business, with thousands signing up every day,” according to Joel Meek, head of partner online sales and operations at Pinterest. Yet the social bookmarking site is still in the early stages of making money off SMBs.

Meek was speaking this morning at Leading in Local: Interactive Local Media, here in San Francisco. Pinterest doesn’t currently have a reseller program, but according to Meek, “it is something that we are thinking about.” Pinterest has recently added the position of head of strategic partnerships for the SMB channel.

Pinterest’s scale is impressive, with 30 billion pins to date, 750 million active boards and activity growing by 25 percent every quarter. Pinterest has 66 million monthly users, with 48 percent of women ages 18-54 on Pinterest. Additionally, Meek says one-third of millennials are on Pinterest. Businesses are critical to the platform, with two-thirds of pins coming from businesses.

Meek said small businesses in creative fields in particular — photographers, designers — are using Pinterest to drive sales. He cited the example of an interior designer who pinned examples of past work, which led directly to a $40,000 bathroom design/remodeling job.

Pinterest’s ad products are similar to Facebook’s — “Pin It” buttons, promoted pins and paying to amplify a pin’s distribution (akin to boosting a post on Facebook). The amplification product has both CPM and CPC pricing models.

The company is trying to make itself a welcoming platform for SMBs. Meek said Pinterest is trying to make the SMB experience dead simple. It recently launched a self-serve ad product, and a simple sign up experience. “We know small businesses still need help. We want to make sure that one step away there is someone at Pinterest if they need help.”

Pinterest is also testing a conversion pixel to more accurately measure return on time and dollars. “Sentiment and anecdotes are very strong,” Meek said. “What we need to do is measure it more accurately.” 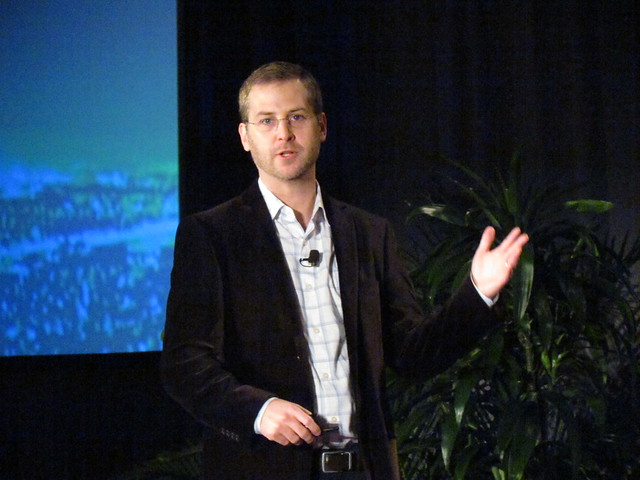