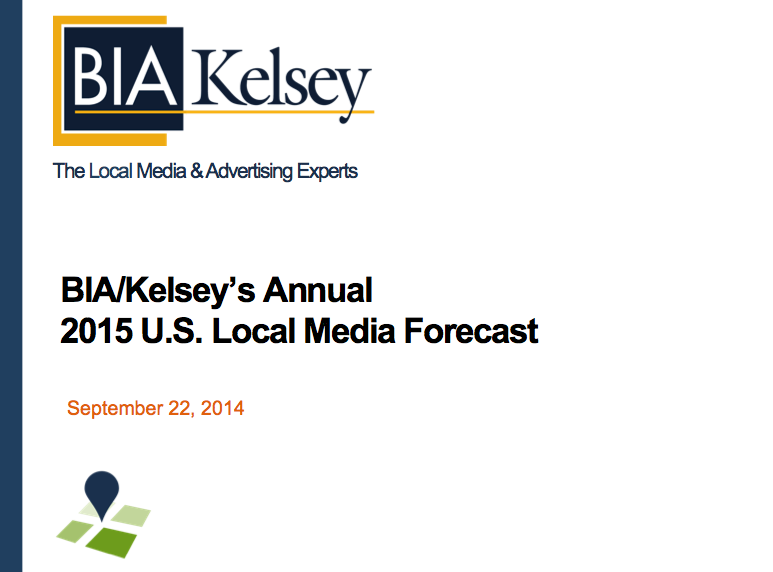 U.S. mobile ad revenues will grow from $13.25B this year to $41.63B by 2019. That’s according to BIA/Kelsey’s Local Media Forecast.  The overall forecast is broken down into media such as Online, television, and YP.  Today I’m highlighting the mobile piece.

The top line figures above include search, display, SMS, video and native social (i.e. FB news feed ads). The latter are growing quickly and have caused us to dial up our overall forecast. It’s important to note that these figures do not include tablets (for reasons mentioned here).

In addition to ad formats, the mobile ad pie can also be segmented by targeting scope: Location targeted mobile ad spend will grow from $4.3 billion this year to $17.9 billion in 2018. That equals about a third of overall mobile ad revenues, growing to 42 percent in 2019.

Drivers for this growth include mobile usage (which skews towards local intent) and advertiser evolution to follow that usage. Another important factor is the premiums associated with location targeted ads. Those are developing from their performance and their demand.

We’ll release a more in-depth set of slides to BIA/Kelsey clients next week and will discuss the figures during our Leading in Local: Interactive Local Media conference, Dec 3-5 in San Francisco. Meanwhile the data are summarized below.

— This is defined as advertising targeted based on a user’s location.

— Increase in localized mobile campaigns that results from the aforementioned advertiser adoption shifts will be coupled with premiums for location-targeted ads.

— These performance deltas (such as click through rates) are a function of:

— Higher relevance, immediacy and alignment with consumer local buying intent, all of which are more prevalent in mobile than in other print and digital media
— For example, half of mobile searches have intent to find local information or products, compared to the 17 percent of desktop searches that carry comparative local intent 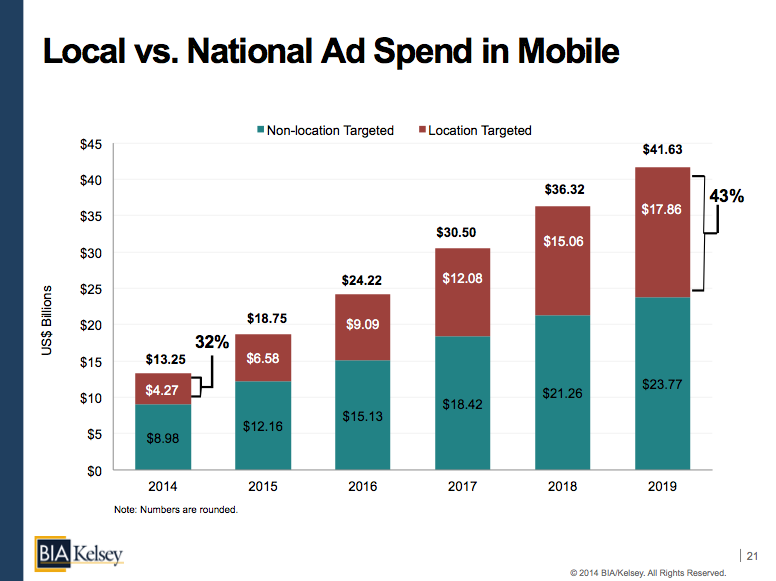