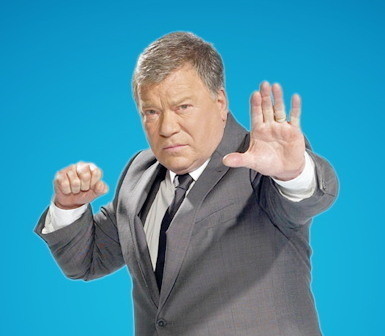 Priceline is sort of like eBay — a company known for its origins in auctions, but more recently focusing on distinct, “buy it now” niches. It has recently fleshed out its core travel brand by moving up the value chain to travel reservations via its acquisition of Kayak. It has also gotten into the “sharing economy” by adding AirBnB-like private listings to its Booking.com brand, which is an international powerhouse.

Today, Priceline added restaurant reservations and search to its stable via the $2.6 Billion purchase of industry leader OpenTable, which works with 31,000 restaurants — mostly high end white table cloth restaurants willing to pay a hefty premium for reservations management and leads to undecided consumers. Open Table is an international leader with strong customer bases in the U.S., U.K., Germany, Japan and Mexico.

For Priceline, the most attractive parts of the deal are probably OpenTable’s 15 million, high end, travel-oriented customers; the company’s verified, high quality restaurant reviews; OpenTable’s strong mobile orientation; and its extensive affiliate network with 600+ local and vertical sites, which receive commissions for sending traffic to OpenTable (and accounting for 5-10 percent of OpenTable’s business.) These networks might be extended to include other Priceline properties.

There is probably some disconnect with OpenTable’s high-end customer base and Priceline’s discount set — most OpenTable customers won’t be using Priceline itself. And an effort to extend OpenTable’s feature set with Groupon-like deals proved to be underwhelming (although the company has maintained an extensive and apparently successful “Dining Checques” loyalty program). Many OpenTable customers are also not using the service in travel mode — they are local.

Still, OpenTable customers might use the other services. And the seamless Priceline app experience could also be applied as mobile becomes a paramount factor for all travel services.

A larger question we’d have is the core of OpenTable’s value proposition for restaurants: the reservations management system, which is based on dedicated customer premise equipment (known as The Electronic Reservations Book.) The average ERB using restaurant pays $249 for the service (plus $1.00 per seated diner using the OpenTable system.) But in the age of tablet-based POS and reservations services using WiFI, OpenTable’s proprietary system would seem threatened.

So far, it has held its own against such tablet-oriented companies as UrbanSpoon‘s Rez and Groupon‘s Breadcrumb — OpenTable’s base of customers is too strong to quickly turn off. OpenTable itself is preparing for a transition. Yet, it has been developing a Cloud Based program that charge a $2.49 per diner charge.

Structurally, we also ask ourselves whether OpenTable is in a distinct “high end restaurant reservations silo,” where it now sits; or whether it is really part of a developing “food silo” that is based on search and discovery, would also include reviews; restaurant and fastfood delivery (i.e. GrubHub), grocery delivery (Amazon Fresh, Google) and reviews (Yelp.) Priceline might be positioning itself to be in the right of the middle of these conjoining elements. (then again… the new silo might ultimately be oriented more around delivery).