Google has done it. So has Yelp. Now Twitter is starting to add “click to call” buttons to its platform.

But how do SMB that use Twitter and other social media for advertising and promotion feel about calls as a leads source? BIA/Kelsey’s Local Commerce Monitor™ survey, Wave 17 asked SMBs to provide a quality assessment of various lead sources, including calls. As you can see in the chart below, calls are a popular source of leads. The 66.4% full sample of SMBs ranked calls as a good or excellent source of leads. This 66.4% is actually the lead source that SMBs value most, ranked number one ahead of online forms (58.2%) and in-person (54.1%). 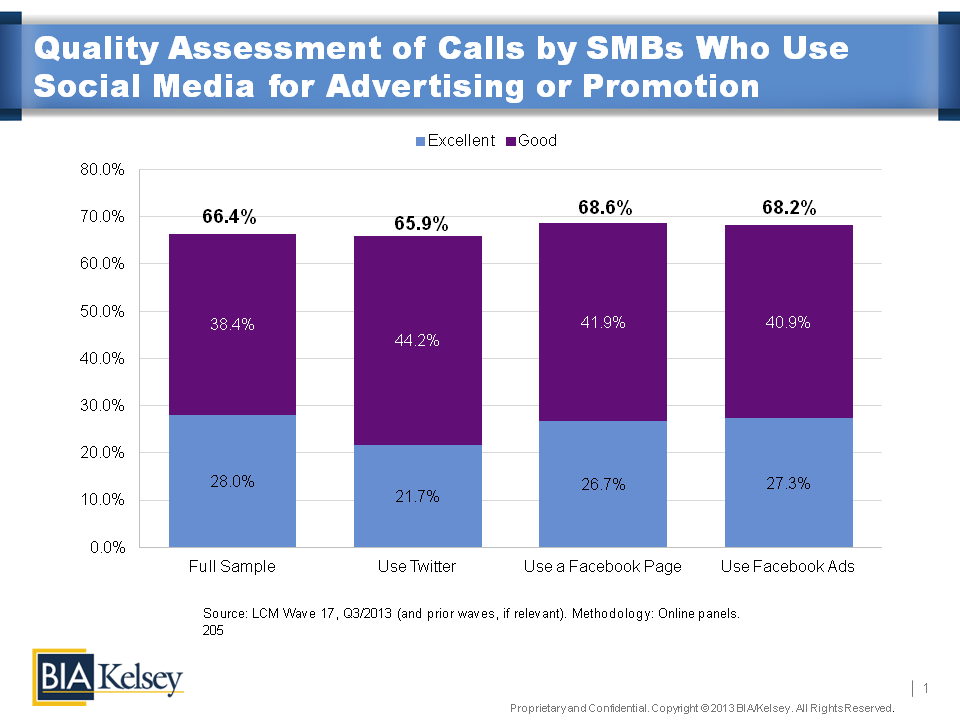 According to Local Commerce Monitor, Wave 17, 24.3% of SMBs surveyed use Twitter for advertising and promotion. When you dig deeper into the data and look at just those SMBs who reported using Twitter for advertising or promotion, the percentage rating calls as good or excellent drops slightly to 65.9%. For Twitter using SMBs, calls weren’t actually the number one source of leads. Calls came in second behind in-person, which was rated good or excellent by 76.1% of Twitter using SMBs surveyed. 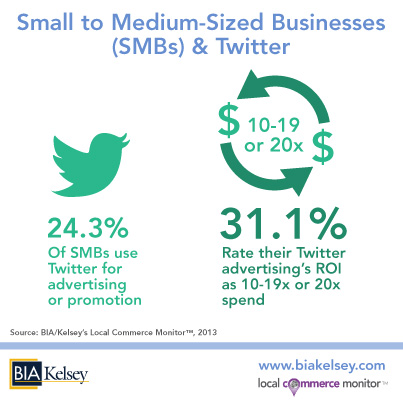 Those SMBs who use a Facebook Page or Facebook ads for advertising or promotion, on the other hand, ranked calls slightly higher than the full sample, with 68.6% and 68.2% respectively rating calls as good or excellent. For SMBs who use a Facebook Page for advertising or promotion, calls were the number one ranked source of leads. But for those using Facebook ads, calls fell to third, behind online form (72.7%), in-person (69.4%), tying with email (68.2%). 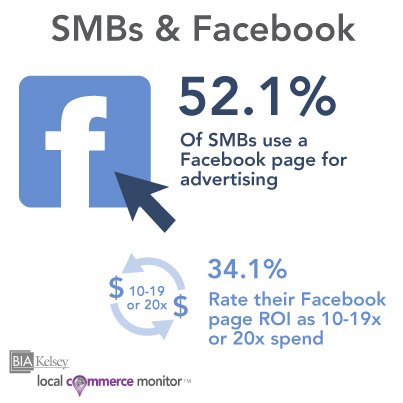