Radius, a five year old, San Francisco-based firm formerly known as FWIX, is gunning for D&B’s SMB data business by scraping the Web for insights into how users find and engage SMBs, and then providing leads for them. Today, Radius announced that it has raised $13 Million in new financing. The new amount comes on top of $15.2 Million raised in prior rounds.

The new round is led by Formation8 Partners, which has been joined in this round by prior investor Blue Run Ventures and CEO Darian Shirazi. American Express, Western Technology Investment, Stanford University and Comcast Ventures participated in earlier rounds.

Speaking at BIA/Kelsey’s Interactive Local Media event in December, Shirazi said the company is committed to “empowering people to make good decisions around big data.” Radius scrapes the Web and uses additional sources to provide a rich picture of SMB engagement with customers and comparing that data with their competitors. Social media, news, listings, neighborhood information and other sources are all indexed.

Radius says it accurately categorizes firms based on such usage, and provides leads based on the types of customers it sees by looking at SMBs and their competitors. Leads programs begin at $99 a month, and the company is already pulling in “millions of dollars in annual recurring revenue,” according to figures cited by The Wall Street Journal’s Venture Capital blog. The blog quoted Shirazi as saying that Radius’ goal is to reach $10 million in annual recurring revenue this year.

At our ILM conference, Shirazi argued that his firm’s cloud-based approach has become much more relevant than the “antiquated,” “spreadsheet” approach taken by traditional data leaders, such as D&B and others. Historically, a good chunk of their business intelligence comes from SMB suppliers, said Shirazi. But SMBs have “moved from checks to credit,” making it more difficult to get an accurate snapshot about a business from its purchase data (i.e. how many cups have been ordered by a restaurant, etc.) 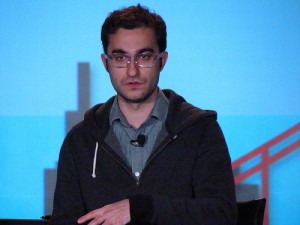