SMBs that utilize mobile advertising distinguish themselves by more than being trendsetters. They are spending more advertising dollars, tend to be early adopters in their use of digital compared to their counterparts and are savvier in how they leverage data and analytics to power how they engage and interact with their customers.

BIA/Kelsey examines these differences this week in a new “Spotlight” report using data from the recently completed Wave 17 of the Local Commerce Monitor (LCM). The report is the latest in the ongoing “Spotlight” series that drills down into the LCM data to examine how SMB advertisers acquire and retain customers. 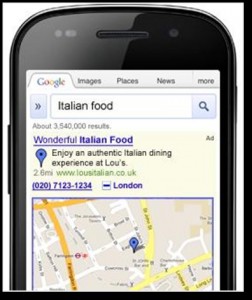 LCM is BIA/Kelsey’s long-running study of how U.S. SMB advertisers are evolving their use of media to acquire and retain customers.

* In the past 12 months, SMB mobile advertisers on average spent 37% more on their budget for digital and online compared to their non-mobile counterparts (28%).

* SMB mobile advertisers advertising are highly engaged with their customers. They tend to use check-in data to understand behavior and monitor basic information related to consumers at a far higher rate than non-mobile SMBs.

* SMB mobile advertisers care very much about their online sentiment; 80% of them perform some sort of monitoring of online properties compared to only 60% of the full sample.

Interested in learning more about LCM Wave 17 or getting a custom cut for your business? Contact Celine Matthiessen at cmatthiessen@biakelsey.com.

We’ll be covering this and other themes in great depth at our upcoming Leading in Local conference, December 10-12 in San Francisco. Be there and join the conversation!