Hibu will go through a leadership shake up early next year, an aftermath of the recent takeover of the company by lenders.

Today we learned that Hibu Chairman Bob Wigley will leave the board, to be replace by Alfred Mockett, who recently left as CEO of Dex One following that company’s merger with Super Media. Hibu CEO Mike Pocock is also on his way out the door.

Both departures are expected to take place once the current financial restructuring is completed, which is expected by sometime in early 2014. Pocock joined Hibu (then Yell Group) as CEO in November 2010, replacing the retiring John Condron.

Hibu has struggled to find stability through the combination of a large debt load and a sharply declining business.

According to BIA/Kelsey’s Global Yellow Pages report, Hibu is the third largest directory publisher in the world. The company ended its 2013 financial year with revenues of GBP 1.35 billion (roughly US$2.1 billion).

Before the lender takeover in July, Hibu carried GBP 2.3 billion in debt, most of which is expected to be converted into equity for the lenders. 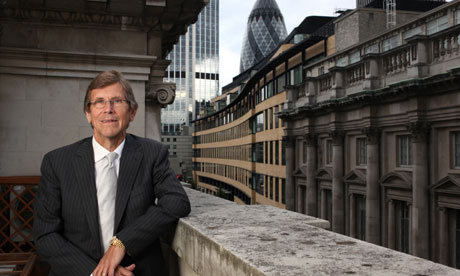 Hibu CEO Mike Pocock has been in charge of the global search and directory company since November 2010.

In other developments, Hibu has appointed David Eckert as “operational” chief restructuring officer to replace outgoing “financial” CRO Simon Freakley, who has been engaged since December 2012 to help Hibu navigate its way out of its financial predicament.

Pocock has attempted to reform Hibu into a digital business, offering a range of media and platform services to SMBs. None of his efforts have thus far succeeded in offsetting the steep decline in the core print business, which has been declining at an accelerating rate throughout Hibu’s operations in the UK, Spain, the United States and Latin America.

Making matters worse is the fact that the company digital directories business is also in sharp decline. A bright spot has been digital services, which is growing robustly, but from a relatively small base.

Whoever takes over as permanent CEO will have to decide whether to follow through on Pocock’s strategy or shift gears. We imagine Mockett will likely play a key role in guiding the company’s strategy going forward. At Dex he focused on expanding the company’s digital product portfolio and moving aggressively to increase digital revenue.

One of the signature pieces of Mockett’s tenure at Dex was the Guaranteed Actions model, which bundled various lead sources, including print, and sold them as a bundle, guaranteeing the delivery of a predetermined number of “actions” in the form of calls, clicks, form completions, emails and appointments.

Mockett’s resume also includes a stint at British Telecom, Yell’s former owner. At one stage, Mockett oversaw the Yellow Pages, though he did not actively manage the business.

Pocock’s successor has not been named. 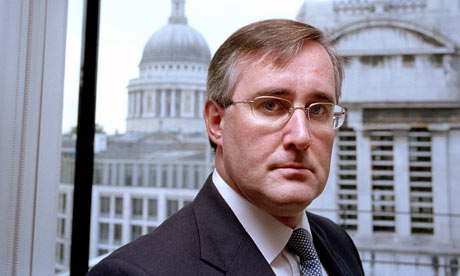 Outgoing Hibu Chair Bob Wigley. He will be replaced by former
Dex One CEO Alfred Mockett.