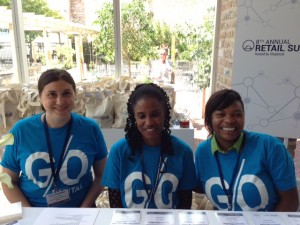 The rebranding was announced today at ShopLocal’s 8th Annual Retail Summit in Chicago. Gannett CEO Gracia Martore, at the event, said that the effort is part of “transforming Gannett into an innovative media and marketing powerhouse,” scaling local audiences “to a national level.”

Staples SVP of U.S. Stores Alison Corchoran spoke about the value of having all the Gannett services under one roof. The company views Gannett as a major marketing partner, along with companies such as Constant Contact, Google, Groupon, LinkedIn, Facebook, Cheetah Mail and Mcgarry Bowen.

Corcoran noted that Staples now has 1,500 stores, but it isn’t about the stores so much as being a “b2b marketer” both online and in the stores. With the rise of search, Direct Mail, email marketing, social media, ecommerce and loyalty services, she noted that the goal posts have dramatically changed.

While Staples continues to focus on “easy,” “the meaning of ‘easy’ has changed. Retailers have more dots to connect. Gannett’s new focus on integrated offerings have really helped the Staples team get over the dual dilemma of being “very data driven but risk averse,” she says.