During BIA/Kelsey’s March Leading in Local conference, Swipely CEO Angus Davis opened our eyes to an innovative concept in the famously challenged local media/ad sales game. Selling operational tools to SMBs can be a lesser path of resistance than advertising packages. It can also increase retention — a function of operational switching costs.

But the kicker is when these operational tools tie in with SMB marketing, allowing room to grow into a broader relationship. For example there’s a natural correlation between table reservations systems and marketing. This can be seen in OpenTable’s partnerships with Yelp among others, and conversely Groupon’s recent moves into reservations.

ReachLocal has ReachCommerce for transactional tools, Yodle has CRM (via Lighthouse), and other examples abound for what we’re calling the “operational lock-in” (a.k.a trojan horse). It’s not terribly new and has a “one-stop-shop” message we’ve heard before. But it’s taking new forms as SMB marketing and operations converge in the age of big data.

Swipely’s brand of operational lock-in is payment processing — an area in dire need of disruption, Davis tells me, and led by entrenched incumbents who aren’t innovating. This eases the famously tough SMB sales call by addressing an operational pain point — instead of being the 20th local ad sales pitch they’ve heard this week.

But more important is the foot in the door this provides to expand the relationship into multiple facets of a business’s operations that naturally tie into payments. As SMB operations go, payments is a smart point of entry because it ties together customer data, inventory, supply chain and of course marketing as noted above.

The goal in branching into these operations in Davis’ words, is to become the operating system of the SMB. In the tech world, we’ve watched barriers to entry fall for startups including capital and technical requirements (i.e. AWS), abundant seed capital and the app economy. But during this time, SMB upstart requirements remain high as ever.

This is especially true in restaurants which are a large chunk of Swipely’s customer base. Property, supplies, labor, etc., haven’t been streamlined to the degree that operations have for tech companies. But could managing these moving parts, yield optimization, inventory management and cash flow all be accomplished through a centralized “OS.”?

Besides those mentioned, Davis gives a few examples of where payment data can be unlocked and applied to other SMB operations. Restaurants can schedule employee shifts and train servers based on knowing which high margin items they’re pushing (or not pushing). And better supply chain management can improve cash flow.

As for other areas of development we can expect, Davis envisions more prescriptive tools in the platform. This makes the value proposition that much more actionable for busy (read: all) SMBs, in addition to monitoring activity. This can include everything from category-specific best practices to highly tailored and data-driven advice.

“We want to help the small business owner put lots of shots on goal,” says Davis. 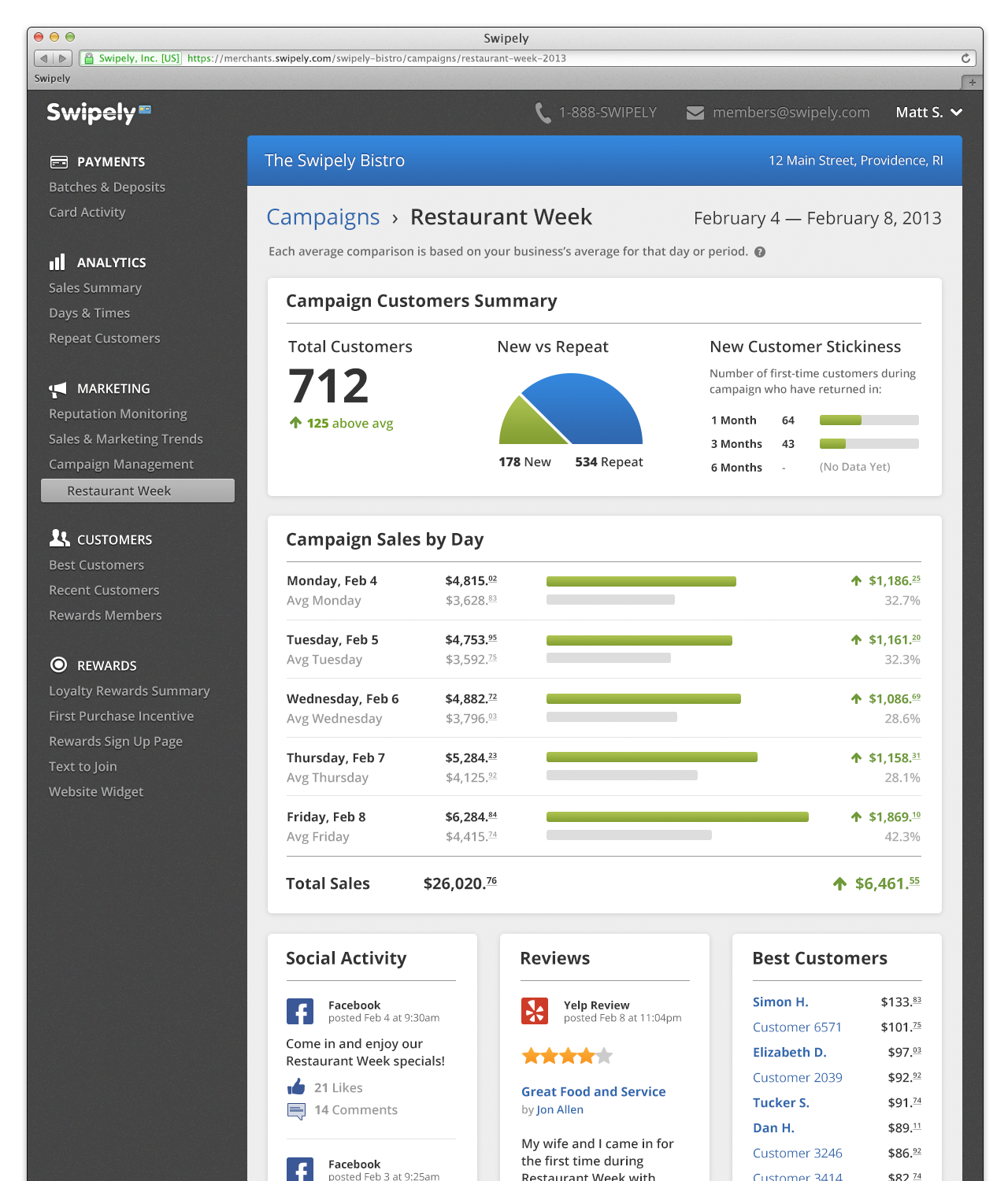