Last week we released our mobile local media forecast — one component of a forecast that spans all local ad media. The centerpiece of this mobile portion is the U.S. mobile local ad outlook, going from $1.2 billion last year to $9.1 billion in 2017.

This is a slice of the overall U.S. mobile ad market — an increasingly growing slice. But interestingly, though mobile local spending grew from our last forecast, it’s share of the overall market has gone down.

One reason is slower than expected adoption of localizaiton strategies by national advertisers. There’s also slower mobile adoption by SMBs. Thirdly, growth in the broader mobile ad market is being driven by ad formats that aren’t (yet) location based.

These include Facebook native social advertising (i.e. mobile news feed ads), which account for 23 percent of its ad revenue. Twitter is also seeing a growing share of mobile ad revenue. These are more contextual and reach-oriented than they are local (for now).

Here are a few other highlights from the report’s Executive Summary. If you’re interested in the full forecast or to discuss its findings, please go here, or reach out to me directly at (mbolandATbiakelsey.com)

— Google’s recently announced “Enhanced Campaigns” will compound these factors by forcing mobile ads on search advertisers (default campaign inclusion). This will accelerate a mobile advertising learning curve and adoption cycle for all search advertisers, including SMBs.

— The localized share was also reduced due to slower than expected adoption of local strategies among national advertisers, who account for most U.S. mobile ad spending.

— We expect many of the above factors to be allayed in the longer term, as the benefits of localized mobile advertising are realized and adopted by national and SMBs advertisers.

— Factors contributing to this shift will include innovation among ad networks and ad tech providers (i.e., Enhanced Campaigns), and local media resellers adoption of mobile bundles.

— On the national level, the shift will be driven by natural evolution of large brand advertisers to adopt effective, abundant, and currently undervalued mobile local ad inventory. 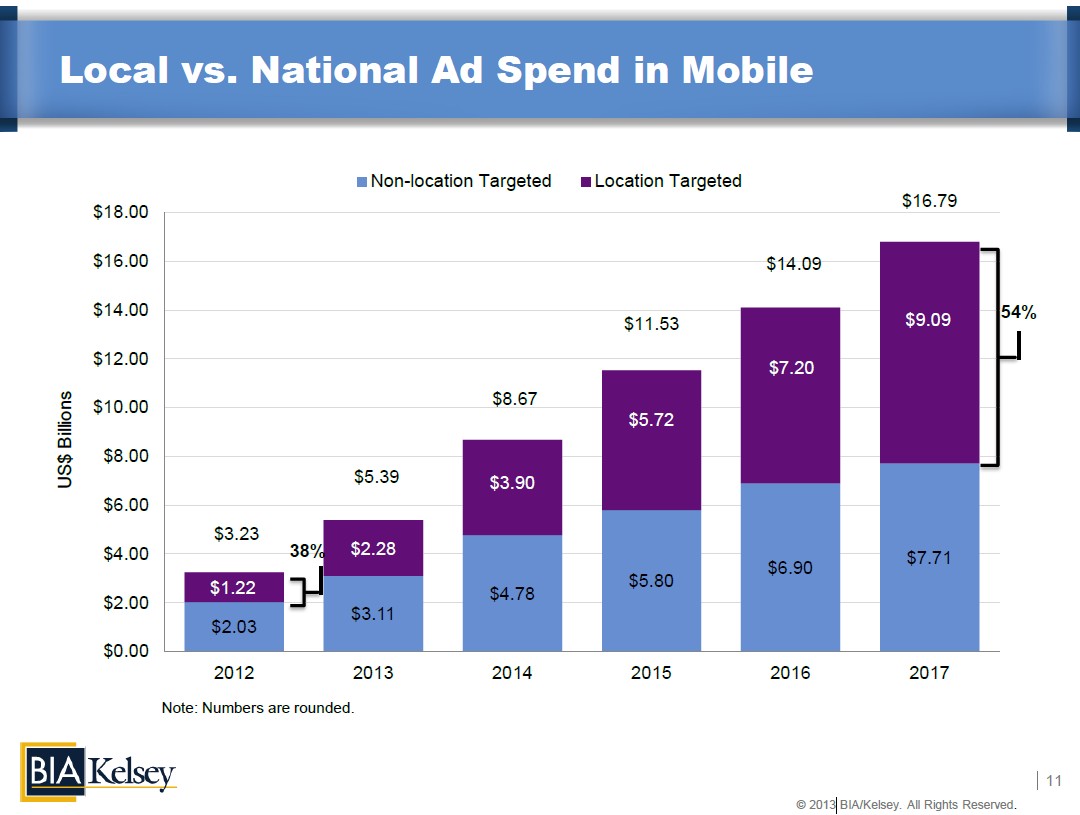