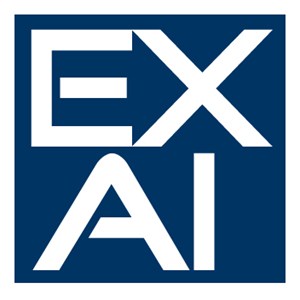 Various companies have built SMB websites and landing pages by scraping the Web. PaperG comes to mind. How about using Facebook. BIA/Kelsey data from our Local Commerce Monitor shows that more than 40 percent of U.S. SMBs have Facebook pages. Many, however, still don’t have standalone websites.

Exai, a spin off of TrafficMedia, is pursuing this path with a freemium model. Companies can opt to have a free, custom-created, mobile-optimized site based on their Facebook page, but can also upgrade to an enhanced version for $3-6 a month. The enhanced version includes maps, Google indexing and other features.

TrafficMedia was originally based on the idea of custom created sites that don’t use a template. Exai’s concept theoretically makes website building even easier by populating the content for the SMB.

The businesses are recruited via targeted Facebook ads. Most of the SMBs are outside of the U.S. and Western Europe , where Facebook’s advertising rates are less affordable for startups. They largely come from the Middle East, North Africa, The Far East and Asia. The company is also building via word of mouth, including a contest it is hosting for best website built from Facebook content.

Founder Gal Moran, a serial entrepreneur, says the company is currently focused on Facebook, but will soon also scrape other social media sites, such as LinkedIn. Facebook’s appeal is that it is universally used by a high percentage of SMBs. The company currently has built 10,000 SMB sites from Facebook, and is adding 1,000 + new sites a day.

Moran adds that Facebook has been very helpful , even sending staffers from Ireland to help facilitate things (living up to a promise made by Facebook exec Dan Levy at ILM West to help third party sites work with it). Exai has also gotten support from Google, which is able to leverage Exai for its ability to index Facebook-only content that previously was only available to Microsoft Bing.

Do Facebook SMB pages generally have enough content to make a compelling SMB website? It is a good question. It probably varies. At the very least, they provide a head start for the majority of SMBs that aren’t self-starters.