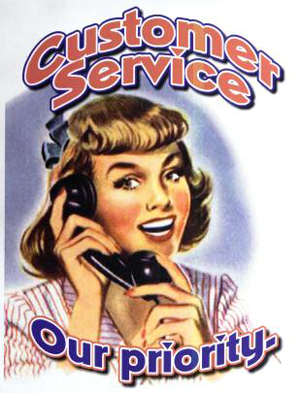 That headline will get some pushback as AT&T has received less than desirable consumer feedback for wireless, telecom and U-Verse service. But the company is taking steps to improve that image — at least if my recent experience is any indication.

After returning from Spain last week, I was eager to fire up and start using the iPhone5 that I pre-ordered, which was delivered while I was gone.  All went according to plan through the iTunes phone backup and content sync from my iPhone4.

Except one thing was missing; the cellular and data service weren’t activated as should happen. So I called AT&T. I started to dread the upcoming process as I sat on hold, but then was pleasantly surprised by a fast and effective troubleshooting scenerio.

The CSR Rebecca not only got my service working quickly but then proactively went through another few things that she accurately predicted could be off, such as visual voicemail.  After a few steps, I was squared away and ready to start playing with my new toy.

These kinds of CSR experiences tend to be uneven and “luck of the draw” depending on the quality of the rep you end up with. That’s the case with most companies, and it’s hard to evaluate them based on a sample of one. But what came next further impressed me.

For the first time in any such experiences with AT&T, I received a short SMS based survey. It was 3 quick questions, all of which could be answered by texting back a number on a scale of 1-10. These evaluated the company, the rep, and the experience (see below).

It’s also notable that the first question lines up with the “Net Promoter Score” increasingly being used by consumer services to evaluate performance. This was espoused by Reach Local’s Nathan Hanks at our recent SMB Digital Conference, and used by BIA/Kelsey internally.

For now, take this for what it is: one experience. But it is nonetheless a case of good customer service, followed up by good customer feedback solicitation.  The latter not only gave me a chance to communicate easily, but will be a good strategic tool for AT&T in the aggregate.

This will continue to be a vital area of quality control in an age of transparency and consumer empowerment through social media. A such, customer service will increasingly be an unavoidable corollary to marketing, advertising and reputation management. 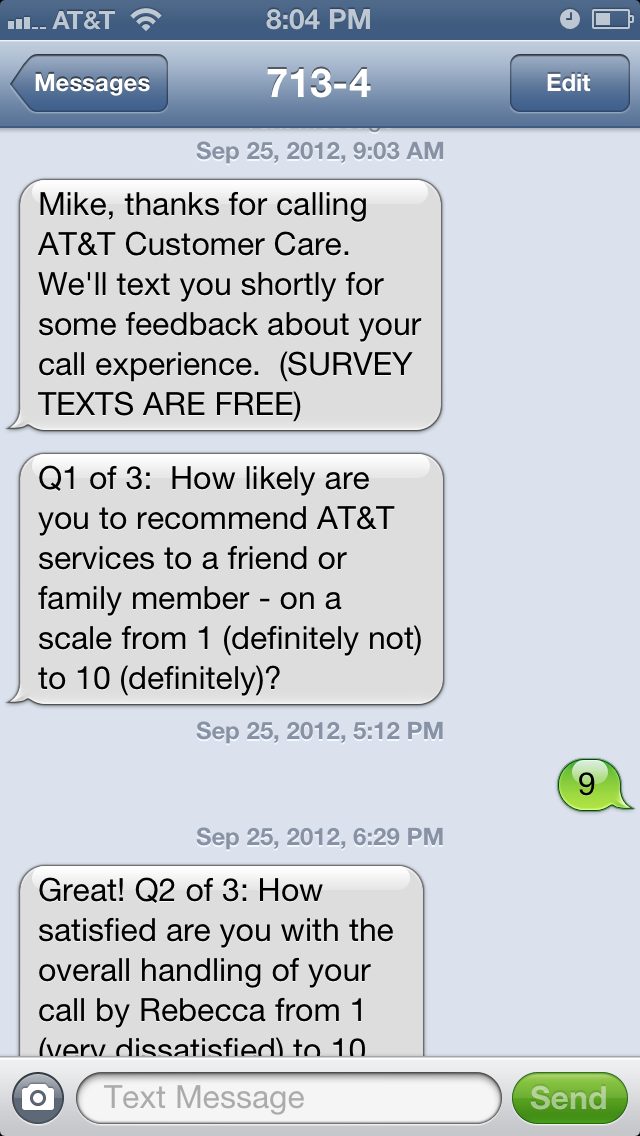 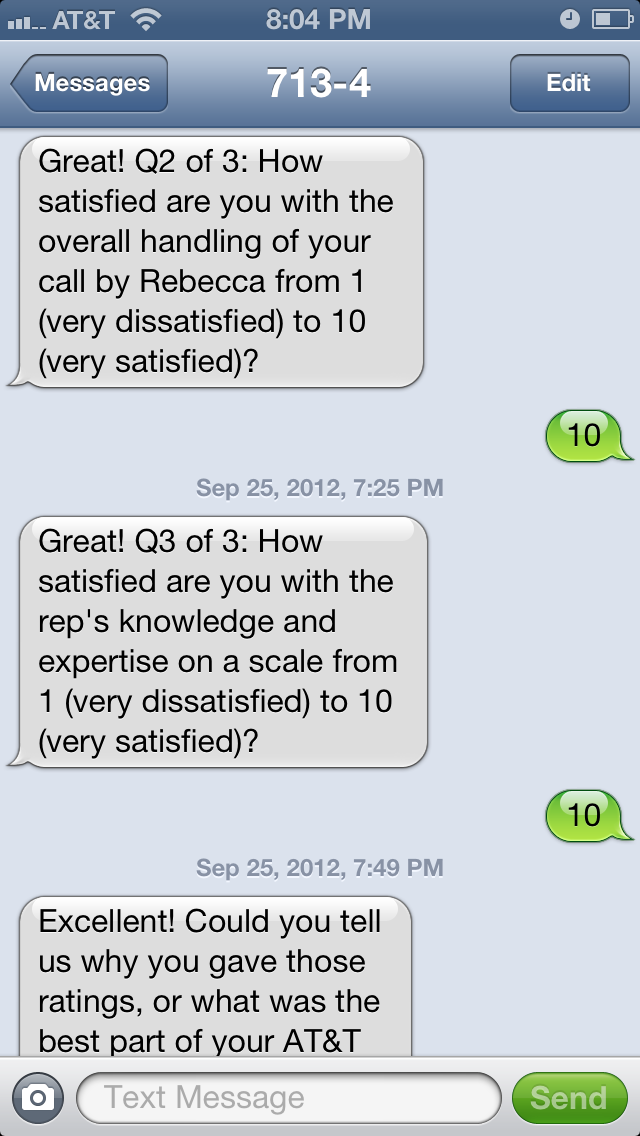 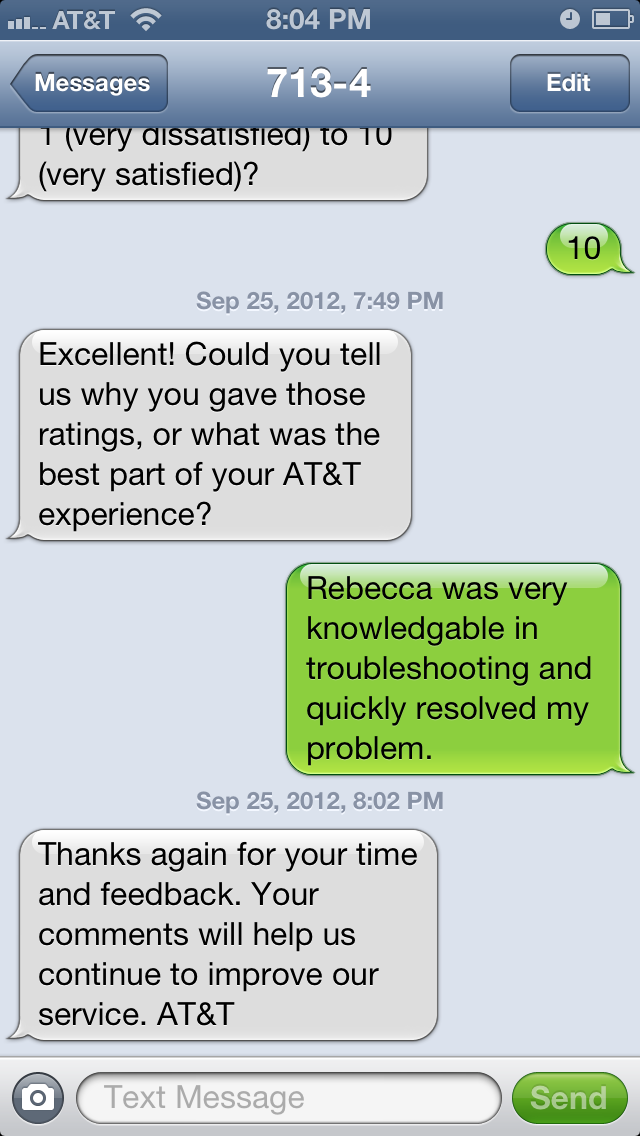