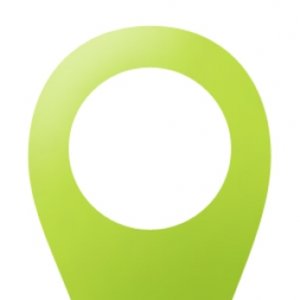 Trulia, which provides real estate Web and mobile leads, display advertising and real estate-oriented social media services, has followed in the footsteps of its rival, Zillow, and issued an S1 in preparation for going public and raising $75 Million. Zillow’s IPO has been highly successful — it went out last July at $20 and is now around $35 a share, having fallen a little. Trulia is betting it can be an even stronger longterm player. The issuing of the S1 suggests the end of a great deal of industry speculation that Google or other players would buy Trulia.

The S1 provides a gold mine of new information for connoisseurs of vertical and local service data. Trulia reports that a spending surge in preparation for going public has pushed it to 22 million monthly unique visitors and 21,544 buyers, or “subscribers,” to its real estate marketing bundles — a number that has risen 46 percent since June 2011, and has plenty of potential upside with a pool of 360,000 real estate pros claiming Trulia profiles.

While the company earned $29 million in the six month period ending June 30, 2012, the spending surge has led to consistent losses and an accumulated deficit of $43.8 million. But the company feels its fundamentals are strong, even in the depressed real estate spending environment, as more and more marketing efforts move to digital. It sees a fragmented digital marketplace where its principal rivals are Zillow and Realtor.com, the longtime online real estate leader.

Average subscriber monthly spend has jumped up to $140 from $90 last year, as Trulia has kept adding more services to its bundle. Display advertising, meanwhile, has become a relatively smaller part of the mix — 32 percent — although it’s overall spending has stayed even and it appears to have good prospects to attract business from real estate and consumer brand marketers seeking to get consumers in a house buying mode (or rental.)

Trulia’s monetization of mobile services gets a special focus in the S1– something that investors will notice after Facebook’s well publicized issues with mobile monetization, which was a major industry wakeup call.

The company reports that since launching mobile in May 2012, it “is monetizing its mobile products at a higher rate than web products.” Moreover, “users are more likely to contact real estate professionals through our mobile applications than our website.” Mobile now accounts for 20 percent of overall user traffic.