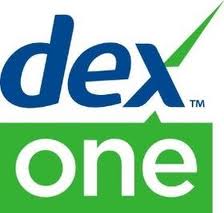 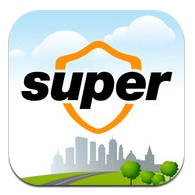 Well, another shoe has dropped in the U.S. directories market. This morning Dex One and SuperMedia announced plans to merge, creating an an entity called Dex Media with roughly $3.1 billion in revenue, based on 2011 results. Dex shareholders will have 60 percent of the new company’s shares with SuperMedia shareholders getting the remaining 40 percent. According to the announcement, the companies estimate expense synergies at between $150 million and $175 million.

Peter McDonald, current CEO of SuperMedia will be CEO of the new organization. Dex One CEO Alfred Mockett will step down at the completion of the merger, which is expected sometime in the fourth quarter. Mockett will be a keynote speaker at BIA/Kelsey’s upcoming SMB Digital Marketing conference in Chicago.

BIA/Kelsey has long expected some form of combination to take place in the U.S. directories market, perhaps this year. It was only a matter of which companies would be involved. Cerberus Capital Management acquired AT&T Ad Solutions (now YP Holdings) earlier this year, leading to speculation that it may spearhead a roll up of the major U.S. players. That was not the case, at least for this deal.

For now, it looks like the U.S. Yellow Pages market will have three big players, YP Holdings, what will become Dex Media and Yellowbook (owned by Britain’s Hibu). We suspect down the road, there may be further activity on the merger front, as companies look for the most sustainable platform to transform from a traditional print to a digital business. The No. 4 company, Berry, is also a potential player in any future merger scenarios.

BIA/Kelsey will have more here after this morning’s conference call announcing the deal. We will also produce a more in depth advisory on the deal for its clients.

UPDATE: Several interesting nuggets from this morning’s call announcing the merger. Sitting on the call were the two respective board chairs, plus CEOs McDonald and Mockett and CFOs Dee Jones (SuperMedia) and Gregory Freiberg (Dex).

Here are some call highlights:

* Executives described the two companies as almost perfectly aligned for a combination, with similar strategies and very little market overlap.

* Dex Media will be the new corporate brand. Any decisions on changing or consolidating consumer-facing brands will be further down the line.

* SuperMedia CEO Peter McDonald described the new company’s big opportunity as helping small businesses “overwhelmed” with media choices sort through the confusion. McDonald said most SMBs don’t have the time to deal with the confusion, “even if they do have the expertise, which most do not.”

* The 60/40 split was a “hard fought negotiation” according to SuperMedia CFO Jones. Mockett said it really came down to how the market values the two companies. The transaction requires shareholder but not regulatory approval.

* The sources of the estimated $150 million to $175 million synergy will be reduced print, paper and distribution costs; duplicate activities (think HR, finance); general and administrative costs; and product rationalization.

* The companies plan to ask lenders for new terms on the combined debt, and Jones said he expected “100 percent approval” from the combined four lending groups. The combined debt of the two organizations is about $3.4 billion.