Our good friend and upcoming MLM SF speaker Tobias Dengel was featured on CNBC earlier this week, outside of Apple’s WWDC conference. The CEO of WillowTree Apps was interviewed for his predictions on what Apple would announce. He was right about lots of iOS6 enhancements.

Dengel will sit on one of the most important panels at MLM San Francisco in just 12 days. We’ll be discussing some of the tactics and best practices related to mobile app and website development. It’s the art of establishing a presence in mobile and optimizing that to drive intended user actions.

Dengel will be talking mostly in terms of enterprise level apps, while we’ll explore the SMB angle with the other panelists from AppStack, Mofuse and Duda mobile. Those three will also focus a great deal on mobile Web development, as opposed to just native apps. We’ll have lots to discuss. 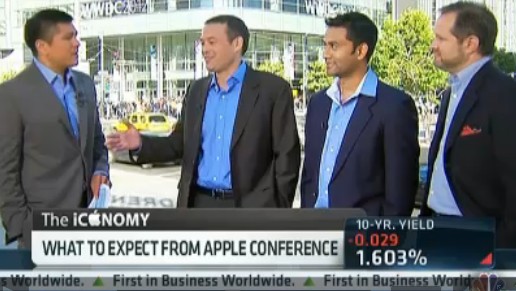