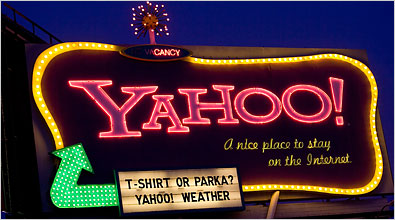 That was quick. Yahoo’s radical shift to a new Commerce/ Marketplaces strategy — announced in mid April — has abruptly ended with the resignation of CEO and former PayPal head Scott Thompson, and SVP Sam Shrauger, his PayPal colleague, who had been brought in last month to implement the plan.

As an advocate of pursuing “non-advertising” revenues and closed loop marketplaces, I liked parts of the big data-heavy plan, although it was vague. For instance, unique content was being de-emphasized. I also liked that such a radical new vision would buy time with an impatient investor community. A couple of quarters, at least.

But Yahoo appears to be locked into several things that would have made it difficult to implement. It controls very few verticals on which to base a marketplaces plan. Autos, health care, real estate, travel, jobs, personals and shopping have been rented out to various companies, and the lengths of the contracts have not been disclosed. It also wasn’t clear what Yahoo was going to do with Yahoo Merchant Solutions, which already provides many of these services. Nor was it clear who would sell the data efforts — a complex and strategic sale.