In the past month, Pew Research Center’s Internet & American Life Project, comScore and Nielsen released data that demonstrate increased smartphone penetration in the United States. More than 100 million U.S. mobile subscribers are using smartphones in Q1 2012, up from 98 million in the previous period, according to comScore’s MobiLens service.

Last month, 46 percent of adults surveyed said they are now smartphone owners, according to Pew’s findings. This represents an 11 percent growth in the past nine months. Not surprising is that the numbers are higher for young adults, ages 18 to 35. What the Nielsen study revealed is when age and income are both taken into account, those between the ages of 55 and 64 who make more than $100,000 a year are almost as likely to carry a smartphone as those in the 35-44 age bracket making less than $75,000. Let’s take a look at the numbers. 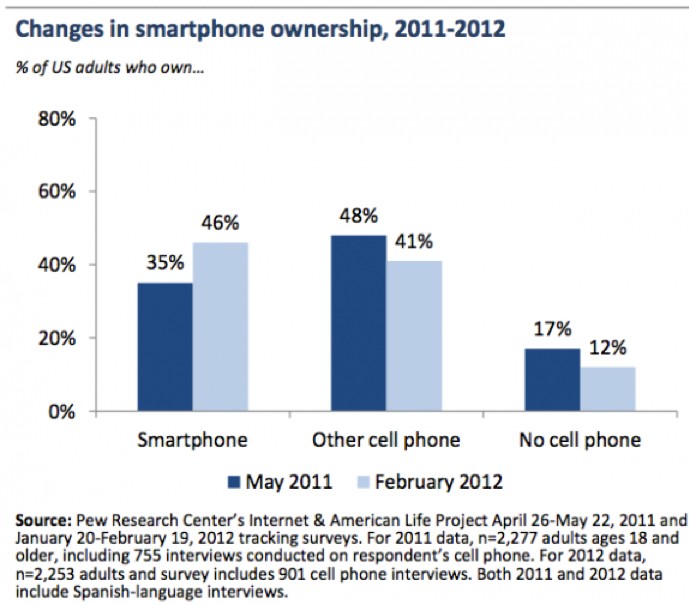 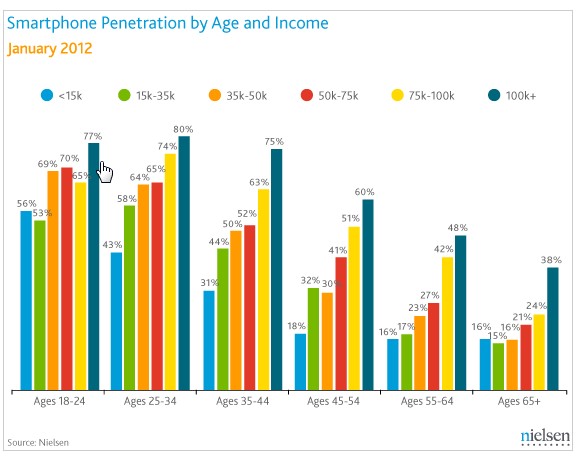 As mobile usage increases and smartphone adoption continues on its charted growth path, we’ll continue to see consumers using their mobile phones for functions other than making calls like accessing social networking sites or playing games. That’s good news for app developers and businesses that are increasing their social and mobile presence across various networks to engage this growing audience.