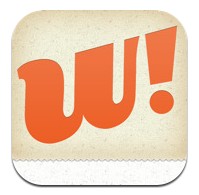 Product launches in mobile LBS are reaching ridiculous levels. Without exaggeration, there are many per day, prompting what I’ve started to call NAGS (Not Another GeoLocation Service). Many are good, but most are opportunistic bolt-ons to a hot segment with an impending shakeout.

The latest in this parade of launches is actually kind of cool though. Want! brings the concept of Facebook’s Like button to the mobile device by letting you use the camera to indicate something you “want.” Photos are tagged and distributed via Facebook Connect and other social graphs.

Though it kind of falls into the NAGS category, it does a combination of just the right things to create a unique formula that isn’t a me-too product. In fact, the app’s central function could plug in nicely to the nascent crop of mobile deals apps for which we see a great deal of promise.

In other words, saying what you want is what search is all about. Saying where you are is the core function of check-in services. As the local search market evolves, a next logical step will be integrating other phone functions — like the camera — to create better signals to deliver content.

And the place this could find a home is delivery of deals. Because the app aggregates photos or tags, it’s a natural for collecting adjacent groupings of similar likes. Creating a sort of mass real-life Amazon wish list, it can be a foundation for a reverse group buying model.

At the very least it could be a gauge for the Groupons of the world to see what categories and locales are trending in terms of the basic things people want. This — or something like it — could lead to a sort of deals optimization, a field whose inception is only a matter of time.

This all stems from the fact that the app not only lets you communicate things you want, but it lumps together things that are most wanted (via tags and titles). From that it even counts and gives badges based on individual activity and items most wanted in the aggregate.

The group buying tie-in is purely my speculation, but the wheels start to turn when you consider the ability to segment groups by location and specific (and explicit) wants. Of course there are classic chicken-and-egg hurdles, but Facebook Connect should help with that.

Again, the app’s elements aren’t exactly new, combining the Like button, photo sharing (i.e., Instagram) and many other things. But it’s a well-devised melding of these things which could have some legs.

You can download the free iPhone app here (other platforms to come), and check out a video from TechCrunch here.