Google’s Hotpot was a notable product launch that got lots of attention in the tech press and analyst corps, but hasn’t yet generated the mainstream attention it deserves. That should change, and especially when it finds its true calling in mobile, as we’ve argued.

Today Google took a step in that direction by adding a few social features to Google Maps for Android (other platforms to come). You can now tweet your Places ratings and reviews for broader distribution on Twitter. Previously this content was only shared on HotPot and Place Pages.

Additionally, you can now “Ping” nearby friends to tell them where you are and encourage them to do the same. This is kind of like a check-in but something that Google wants to brand as its own, rather than just integrate the Foursquare write API (as Gowalla has done).

Either way, it’s a foundation for social engagement and possibly monetization. It also comes soon after the integration of check-ins on Latitude, and the launch of a Places iPhone app. These should solidify social location-based features at a time when competition for users’ time is intense.

Of course it’s just Android for now; requiring sender and receiver to have an Android device will be an adoption barrier. But this will change with other platform compatibility, not to mention the clear growth of Android (more to come on that). For now, a good logical move for Google. 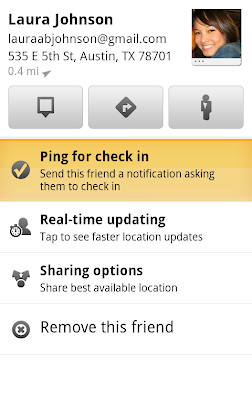 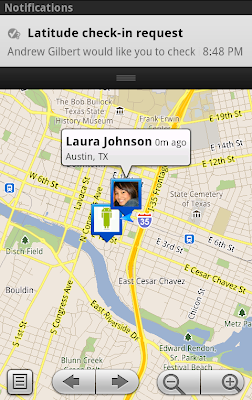 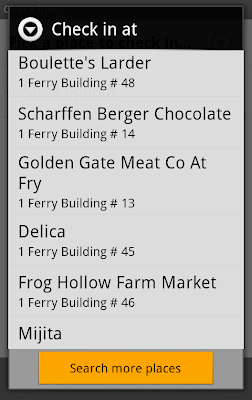 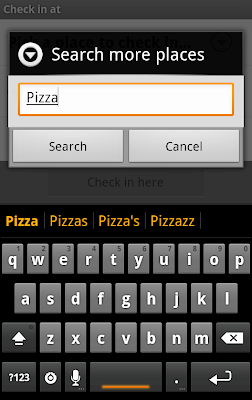