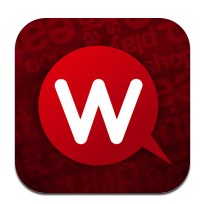 Just a few months after it relaunched its mobile app around the idea of local discovery (an overall mobile trend), Where yesterday launched another set of discovery features for iPhone and Android.

Central to the new app is Perfect Places, a discovery tool that infuses not only past behavior but also social ties. This carries the same theme of the “pre-check-in” that Where is trying to pioneer by becoming more of a discovery engine. According to the press release:

This new feature recommends nearby places for users to go by matching relevant similarities in their tastes. Perfect Places is powered by WHERE’s proprietary recommendation engine, already trusted by over 4 million WHERE users to help them discover their next favorite place.

Additionally, Where has integrated the increasingly popular Bump API that lets users bump their phones together to share information or recommendations. Bump is finding many homes and is a natural fit for local discovery apps — especially those with social elements.

On a related note, Where last week began to proliferate the term “PlaceGraph.” Being central to its overall technology (and the directions mentioned above), algorithmic ties between places are meant to help people discover new ones. It’s the social graph of mobile and LBS.

For the past 18 months we have been collecting an and processing an enormous about of data in an effort to get a better understanding of the relationships between places. This place data is the core of our relevancy engine that powers the local recommendations of our mobile application as well as our WHERE Ads network. The WHERE PlaceGraph™ is a global mapping of places and how they are related with each other for a particular user. As shown below, a network of places is created for personalized recommendations and new discoveries (i.e. Local Serendipity).

All of this will be a key theme at our ILM East conference next month in Boston. We’ll even have Where CEO Walt Doyle on stage to explain more during a panel of heavy hitter CEOs in the mobile realm. Hope to see you there.