According to the Australian media news site mUmBRELLA, Sensis has soft-launched a daily deals product called Yellow Pages Offers that is currently live in Sydney, Melbourne and Brisbane. There has been no formal launch, but the site has reportedly been operating since December.

This move puts Sensis in the game popularized by Groupon, LivingSocial and others. Other Yellow Pages publishers have jumped in as well, including Yellowbook (Weforia.com), Direct West and Yellow Pages Group. BIA/Kelsey is aware of other publishers that are actively pursuing daily deal offerings.

Interestingly, Groupon has had some challenges in Australia, according to Groupon founder Andrew Mason, who recently blogged on the topic. Apparently another operator has acquired the domain www.groupon.com.au, making things challenging for the real Groupon. Groupon isn’t giving up on Australia, however. The Chicago company is attacking the market through the Web site Stardeals.com.au.

The confusion this has created might prove to be an opportunity for Sensis to gain traction with its offering. Our view is that deal a day is an uphill fight for directory publishers because they lack a strong track record of building strong consumer experiences online. However, this doesn’t mean that deal a day isn’t a solid opportunity for publishers as long as they execute.

Sensis has also recently made a move in the request for quote space with its purchase last week of Australia-based Quotify, which operates a series of verticals that allow consumers to request bids on services.

These efforts combined show that Sensis is aggressively attempting to diversify the way it monetizes local commercial search. Sensis has historically had one of the stronger print businesses worldwide, but as print revenue declines have begun to accelerate, the company is under increasing pressure to diversify its revenue sources. 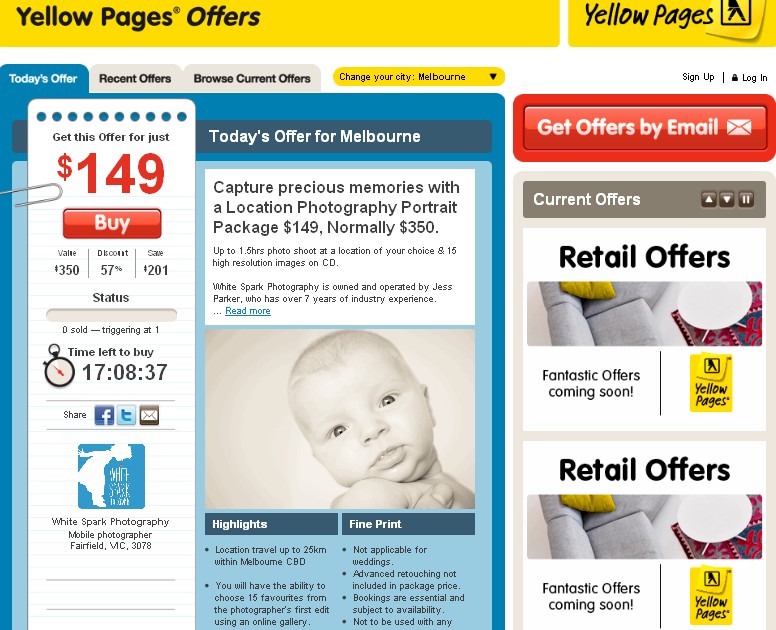