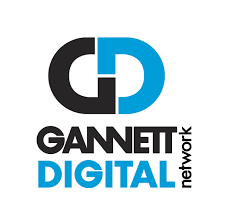 One of the big hopes for local this year is … national. As local targeting tools get more granular, there has been an upsurge in national/local advertisers, especially as they focus on touching consumers on the local purchase level. Gannett Digital and MediaBrands’ Geomentum, for instance, are both riding the crest of national-local activities.

Gannett Digital Network GM Josh Resnik, who joined Gannett four years ago from AOL, says it isn’t so much about hyperlocal as “hyper-relevancy.” The Gannett network has 48 million unique visitors and a billion page views a month, he notes. The local titles carry the added benefit of being trusted brands in their communities.

“We create solutions across properties,” says Resnik, adding that “it is much easier to start locally,” and then “layer national business on top of it. It is hard to start national and go local.”

Resnik adds that his division’s focus is largely on working with “truly national advertisers” and providing them with reach across USA Today and 100+ local titles, as well as vertical Gannett properties such as Metromix and Highschoolsports.net and ad service providers such as PointRoll and ShopLocal. The network can also run custom campaigns, like Family Fitness Challenge, a recent campaign it ran in USA Today for Ninetendo with USA Today.

Geomentum, meanwhile, has launched “The HyperLocal Network” to create a local targeting component for its national advertiser clients. The network, which not only leverages online but mobile and digital out of home as well, has begun testing and will roll out actual services in 1Q 2011.

A core component of the Hyperlocal Network is Geomentum’s “Dynamic Local Video” partnership with Mixpo, which enables large TV advertisers to target local users with online video. Using Mixpo, marketers can respond to calls for action and other dynamic features. They can also track usage. Participating advertisers are expected to include not just retail clients, but also such categories as financial institutions, quick service restaurants and auto dealers.

Geomentum CEO Dave Walker, CEO says the key is to “understand the role that hyperlocal plays in an overall strategy. Local started becoming increasingly important nine months ago and really started heating up in earnest three months ago,” he says. We may not see a wholesale change of national for hyperlocal, but clients are willing to experiment, and make a portion of their marketing commitment more granular.”

Geomentum President Lisa Bradner is appearing on the “Agencies, Local Search and Display” session on Day 3 of ILM:10 along with Reply.com CEO Payam Zamani and Marchex Senior VP Scott Greenberg.