Google today announced a rather significant change to its local search results and ranking algorithms. Dubbed Place Search, this provides more detailed information about places that match your search query and location (inferred or explicit).

This means a few things. First, it’s the official end of the famed 7 pack (formerly 10 pack) that Google launched at the beginning of 2008. Second, it’s aligned with Google’s goals for the growth of Google Places as a trusted, frequently used and frequently updated information source.

To the latter point, pushing Places front and center in local search results will further solidify its position or “put it on the map” (bad pun) for merchants and advertisers. The information will mostly come from Google Places listings, including details like items served or hours of operation.

The presence and density of these terms is hoped to surface listings for specific things that people search for, rather than just business names (i.e., “Belgian ales”).  There will also be a new “Places” Tab in the left-hand SERP navigation that lets users more directly search the Places database.

This is significant in that it gives Places its own home, from a user-facing standpoint. This was sort of the case with Google Maps, but this is decidedly more location-focused, rather than mapping and navigation. The specific real estate it’s given (along with “video,” “images,” “news,” etc.) is huge.

Beyond Google’s goals for pushing Places more front and center for users and merchants, it appears to be a more intuitive and user-centric SERP design. It will take users a while to get used to, but it will ultimately lead to more effective local search and train users to search differently.

Google claims it cuts search time by 2 seconds on average. This is a common theme for Google lately — including the launch of Instant Search. The idea is less time searching means more hours saved for users, and more searches performed (read: more money for Google).

From the official Google blog:

One of the great things about our approach is that it makes it easier to find a comprehensive view of each place. In our new layout you’ll find many more relevant links on a single results page—often 30 or 40. Instead of doing eight or 10 searches, often you’ll get to the sites you’re looking for with just one search. In our testing Place Search saves people an average of two seconds on searches for local information.

For advertisers and publishers – particularly vertical directories or YPs — this means they will have to scramble once again to figure out how new ranking algorithms affect strategies to acquire organic traffic from Google.

That’s something they’re used to by now, starting with the bomb that was dropped on the local search world with the aforementioned 10 pack. Since then, Google has been walking a fine line between satisfying publishers, users and its own bottom line (not in that order).

This should ultimately be a good thing for users though. TBD on exactly how it affects publishers (Andrew Shotland has some good early thoughts and screenshots). It will be rolled out over the next few days and we’ll be watching closely. 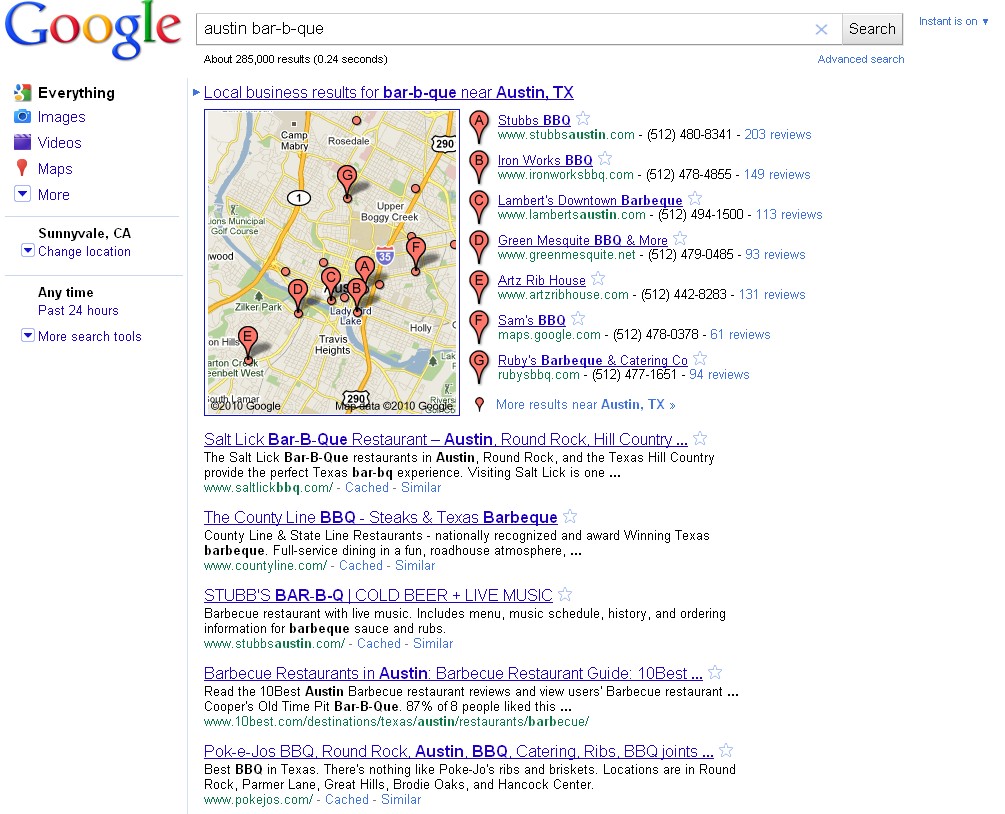 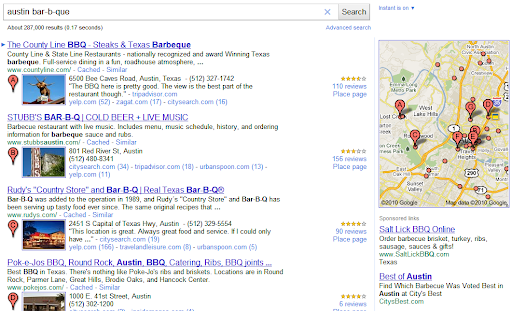