SuperMedia has announced a new program that extends its SuperGuarantee idea into the autos vertical. The SuperGuarantee Autos program gives anyone who buys a car on SuperMedia’s EveryCarListed.com automotive vertical a free limited powertrain warranty good for up to $3,000.

SuperMedia acquired EveryCarListed last February and has since made its comprehensive video inventory a key point of difference from other car sites.

SuperMedia seems to be making a huge bet that it can clearly differentiate its brands by making its SuperGuarantee concept central to everything it does. The SuperGuarantee was introduced last year originally as a program that stands behind the work of contractors sourced through the SuperMedia (previously Idearc) Yellow Pages. The idea behind the guarantee is to instill consumer confidence in the SuperPages brand. 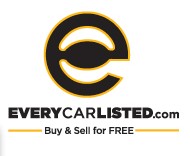 In an interview with BIA/Kelsey at the end of 2009, SuperMedia CEO Scott Klein made it very clear that the guarantee will be at the heart of SuperMedia efforts to revive itself in 2010. The company went into bankruptcy in March 2009 as Idearc Media, and exited court protection on New Year’s Eve with $7 billion in debt gone from its balance sheet.

In that conversation, Klein said the SuperGuarantee provides SuperMedia with a much needed point of differentiation.That insight appears to be guiding SuperMedia’s initiatives in 2010.