I recently had the chance to talk to JiWire SVP of Marketing David Staas about a report the company released last quarter that uncovers worldwide Wi-Fi growth metrics. As we’ve written, JiWire serves ads on public Wi-Fi networks, which has been shown to involve some favorable audience segmentation and ad performance.

The report goes into some of these advantages, or at least the enabling factors for public Wi-Fi audience targeting. These data are extrapolated from the roughly 20 million monthly uniques it serves, according to Staas. To put this in perspective, there are about 85 million public Wi-Fi network users in the U.S.

Overall, the report found that Wi-Fi network users have increased 18.4 percent in the first six months of 2009. Drilling down, Wi-Fi users are wealthier than average consumers with a 50 percent likelihood of being home owners. About 20 percent of them are Mac users, which is much higher than Apple’s overall PC market share of about 7 percent.

There is also a strong business traveler demographic on its network, which carries good ad targeting implications. Hotels and resorts were the most prevalent access point followed by airports and cafes. With the intention of drilling down to the demographics of each of these access points in the future, this report focused on cafes.

These users were shown to be pretty engaged with about 85 percent connecting at least once a week and 68 percent connecting for more than an hour at a time. The consumer profile is pretty strong too, with 40 percent having management titles, and 34 percent making salaries of more than $100K. The most popular age group on these networks was surprisingly 35 to 49.

But more interesting, 85 percent of those jumping on cafe Wi-Fi networks are within their local markets, as opposed to business travelers. This has implications for local advertising, especially if you combine it with what Staas told us in our last conversation: 38 percent of cafe Wi-Fi users make some kind of purchase during their online sessions and about 77 percent are currently in the market for large purchases (see chart below).

Many cafe Wi-Fi users were in fact shown to be small-business owners themselves — revealing an interesting opportunity for business-to-business ad targeting for any national organizations that want to reach SMB owners.

Check out the rest of the report here (PDF dowload). 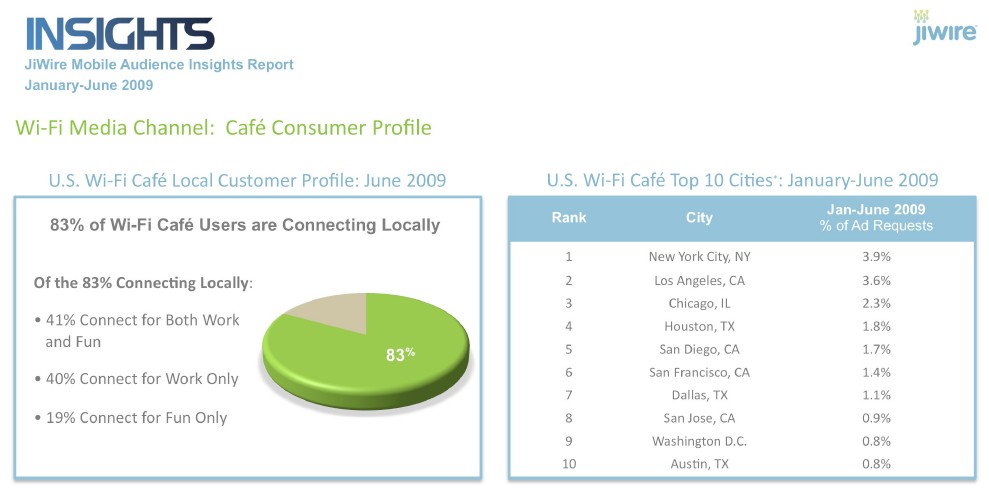 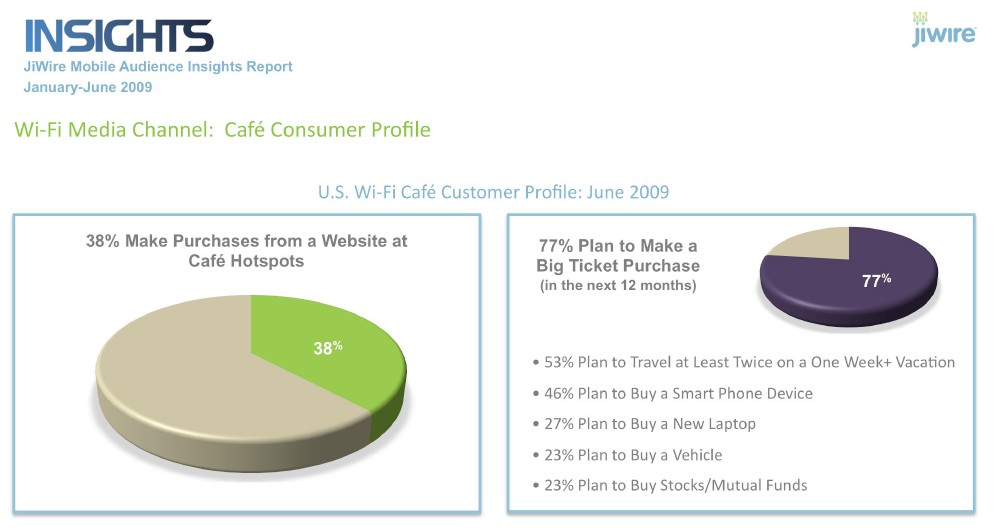